One thing we realized over the past year here at the Car Fanatics Blog is that in the automotive blog world, you have to gift yourself if you want to be present a year from that very moment.

It was with this conventional thinking that we went to work on the Car Fanatics Blog in late December 2012, around Christmas and just a few weeks before the 2013 Detroit Auto Show.

Fast forward to today and – like the cars that were sold and moved out of showrooms over the holiday break – here we are starting the cycle of the industry afresh.

CFB started out as a small operation, slowly added staff contributors and then put in the editorial sweat equity to maintain a blog that provides real-time, accurate, informative and well-presented visual and text content about cars for fellow enthusiasts.

It has been an interesting journey so far and in many ways we are more fortunate to mark one year in existence than, let’s say … Fisker. The irony that Fisker went under and, at least at one dealership in Santa Monica, California, was taken over by Cadillac cars, is not remiss on us any more than it is on buyers or the U.S. government.

Talk about Karma, or karma, eh?

In our first year in business, we’ve covered most of the major auto shows – from Frankfurt to Geneva to Shanghai – and tested what amount to a fleet of what we consider to be some of the best automotive vehicles produced in the world.

After the hard work and the fun, we got together, reviewed the reviews and ideas and decided to present the inaugural Car Fanatics Blog Year-End Awards. 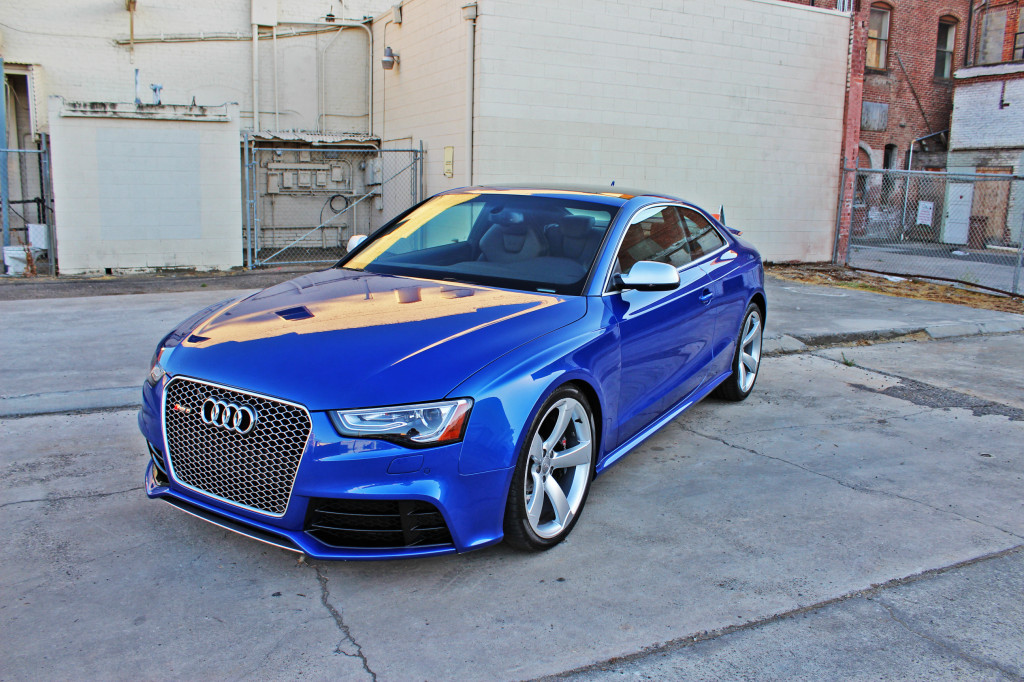 Audi stepped up its styling with the RS5; it’s still a little reserved, but the car is more aggressive than past iterations and is, in a word, beautiful.   Audi impressed us with its innovation and creativity (it’s the first vehicle with Google Earth integration), but most noteworthy was how incredibly well rounded the RS5 was.

The 2013 Audi RS 5 because of its tuning and power, looks, style and overall built and branding.

The performance and driving thrill was even better than we’ve come to expect with Audi, the styling was a noticeable improvement (not that it needed improving), and the interior was, as always, stunning (does anyone do interiors better than Audi?).  It was the absolute complete package. 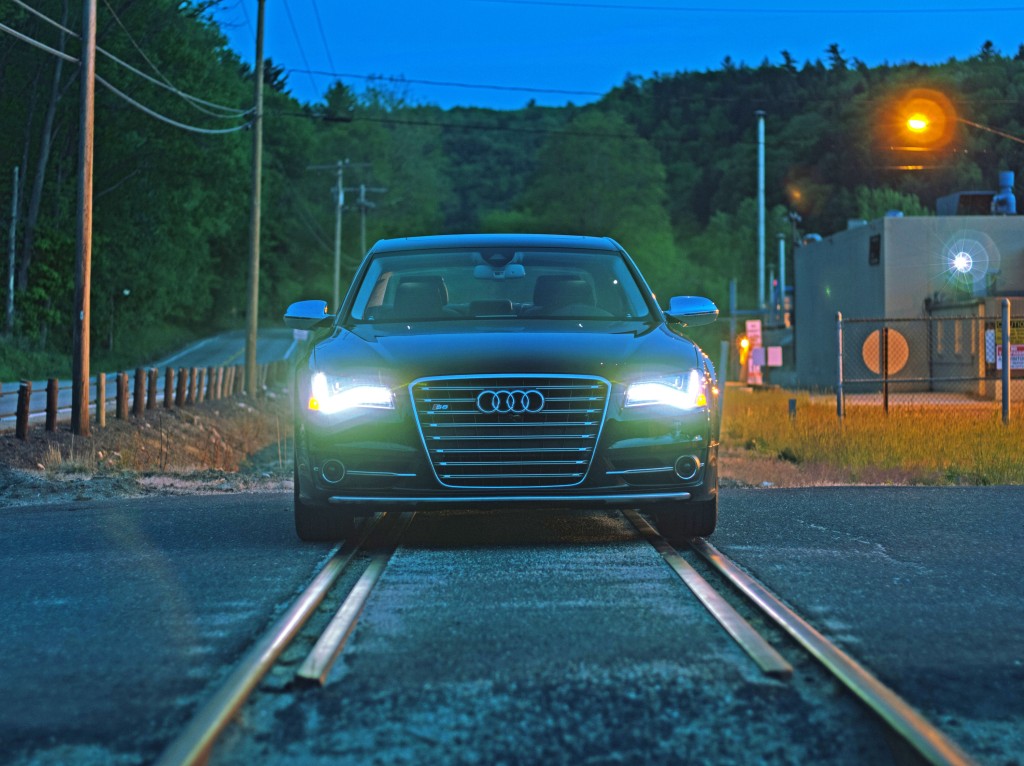 The Audi S8 earned about as high of a grade as you will ever see out of us: a stunning 9.8 out of 10.  You may be thinking that the car is pretty impressive.  You would be correct.  Simply put, the S8 was an absolute blast to drive.  It cranks out 520 horses and 479 lb.-ft. of torque while having a signature terrific Audi chassis.

The 2013 Audi S8, which simply dazzles and is the equivalent of the Imperial Star Destroyer via its sheer power and techno-wizardry.

The thing simply flies.  And, as we’ve come to expect in recent years, it’s a damn gorgeous machine.  There are a lot of great things to say about the S8, but nothing makes the point quite like this:  who wouldn’t want an incredibly sexy luxury sedan that takes turns like a coupe and hits 60 mph in 3.9 seconds?

Car of the Year // Cadillac CTS

The CTS continued Cadillac’s upward trajectory by simply blowing us away.  From its nearly flawless – and incredibly unique – interior, to its top-fleet BMW and Mercedes-Benz performance for notably less money, the CTS was impressive beyond words.  Cadillac continues to excel in making luxury hip, as the interior was as edgy and sleek as it was comfortable.

The 2014 Cadillac CTS is our Car of the Year and not just because of the aforementioned irony or because we have a bias towards U.S.A.-made cars.

We didn’t want the ride to end, and when it did, we didn’t want to get out of the car.  While that’s to be expected with Cadillac, the stunning performance was a little bit more of a surprise.  A delicious surprise.  While not quite the open-road vehicle as its German competitors, the CTS more than holds its own.  Inside and out, this car is a winner.

For that, we salute them.

To wrap up, as we get ready to cover the 2014 Detroit Auto Show and the rest of the auto show season, the Car Fanatics Blog would like to recognize you, our readers and followers, for visiting the site and checking out our multimedia wares.

We look forward to staying in production mode throughout 2014 and that’s no novel concept!