There’s a trend in the luxury car market that is great for today’s consumers. Many luxury brands are trying to appeal to a wider audience by making their vehicles more affordable. My tester this week is one such vehicle.

The 2016 Acura ILX is an entry-level luxury sedan. Refreshed for the 2016 model year, the ILX features new front fascia, new LED headlights and, most importantly, a new more powerful engine. 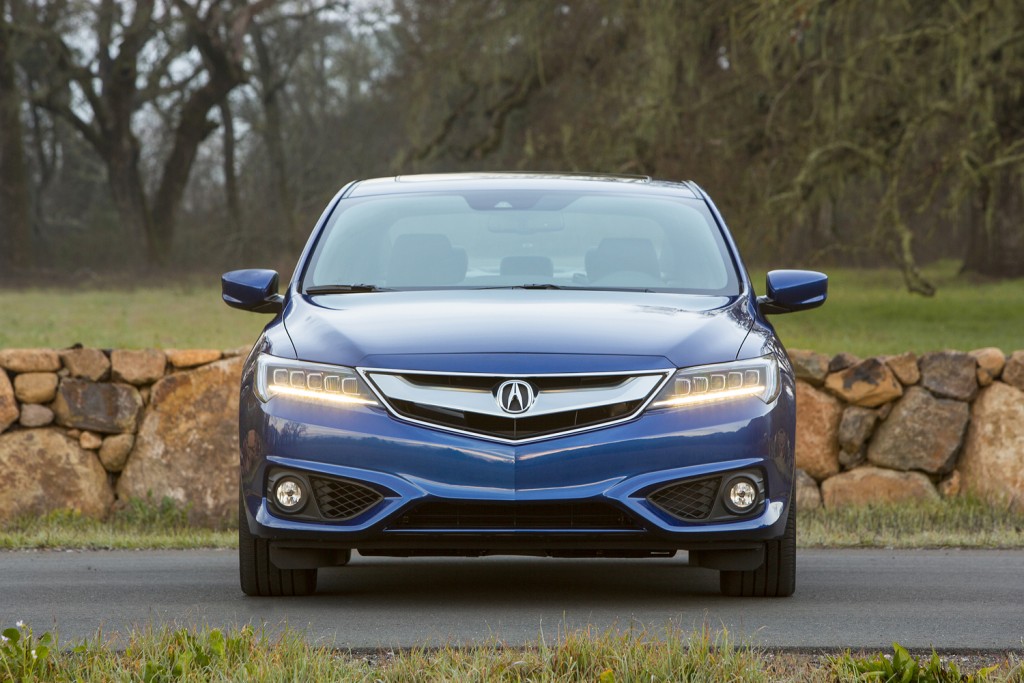 This compact luxury sedan needs to differentiate itself from other Hondas and give off a prestigious appearance. The new front end certainly achieves that with its distinctive Acura appearance (which is totally different than anything Honda-like). The aforementioned upgraded LED headlights give the ILX a sharp, modern and sexy look. You wouldn’t necessarily think that changing headlights can make that much of a difference, but these new lights certainly upgrade the ILX.

The back end of the ILX loses some of its bravado and styling. Sadly, the ILX does blend into the rest of the Honda fleet from the backside. 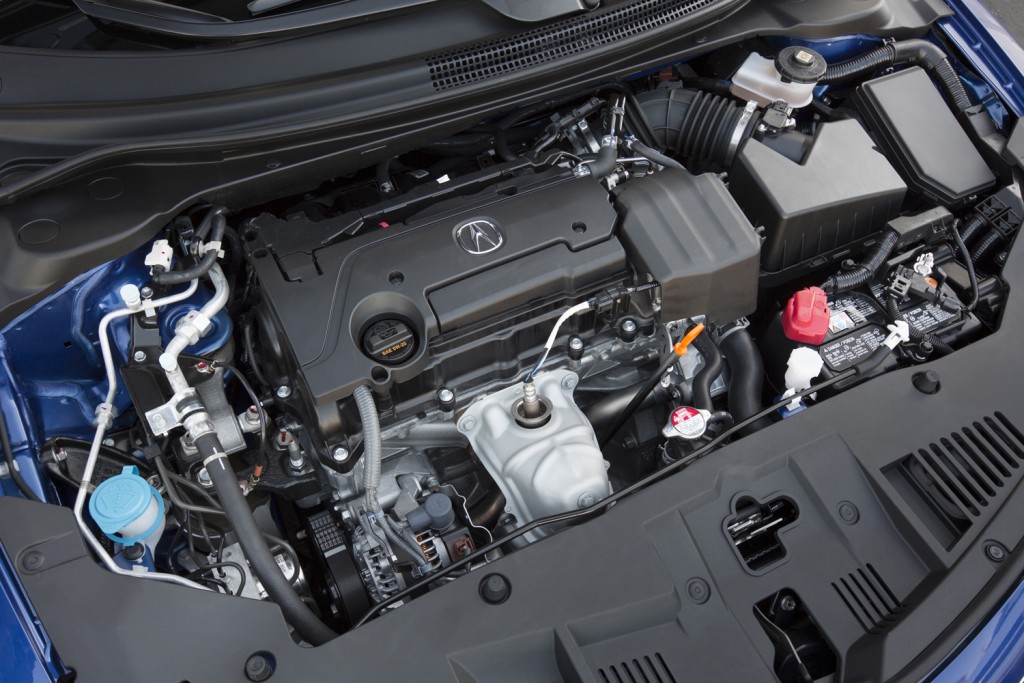 The significant upgrade this year for the ILX comes with what is now standard under the hood. A 2.4-liter 4-cylinder engine powers the ILX. This engine was an option on the previous model year, but now is the only option, replacing the underpowered 2.0-liter. This means the ILX is quicker and slightly more powerful. The standard engine is good for 201 horsepower and a 180 lb.-ft. of torque. Obviously, these aren’t huge aggressive numbers, but it’s also a non-turbo, non-V6 engine, so this is decent output considering.

The 2016 ILX outperforms its numbers when you get behind the wheel. It seems spry. While not a blazer off the line, it gets moving quickly enough. Some of that is due in part to the much-needed transmission upgrade. An 8-speed automatic transmission is now standard (and the only option in fact). This upgrades the clunky 6-speed transmission of the 2015 ILX and helps maximize the engine performance for the ILX. It especially excels in the 35-50 mph range where it feels as though you’re going much faster than that thanks to the quick, responsive shifting that occurs. 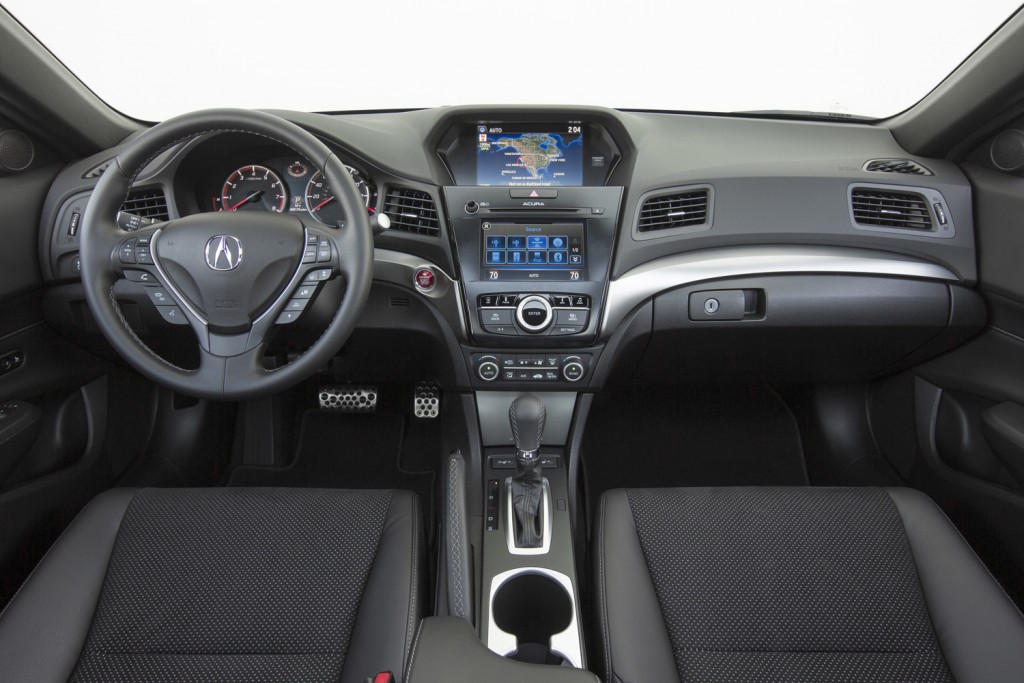 Inside, the ILX has very little changed from last year. That’s a disappointment, as the material quality is lacking for something claiming to be a luxury vehicle. In this manner, the 2016 ILX really doesn’t offer much differentiation from Honda. Albeit, Acura has to walk a fine line between keeping the ILX affordable while still feeling quality enough for an Acura badge. It’s a fine line to walk and the ILX really does straddle that line.

Comfort and space is fantastic in the ILX. Front seats are upgraded from last year and are quite nice for driver and front seat passengers. Headroom and legroom are more than adequate. The back seat is surprisingly spacious (for a compact sedan). Legroom is ample and headroom is sufficient. The standard sunroof does impede a couple of inches, so taller passengers may want to sit shotgun in order to avoid a neck cramp.

The trunk has 12.3 cubic feet of space. This is average at best. Good enough for groceries or golf clubs, but not segment leading either. I’d love to see next year’s model make improvements overall to the back end, both in styling and in additional trunk space. 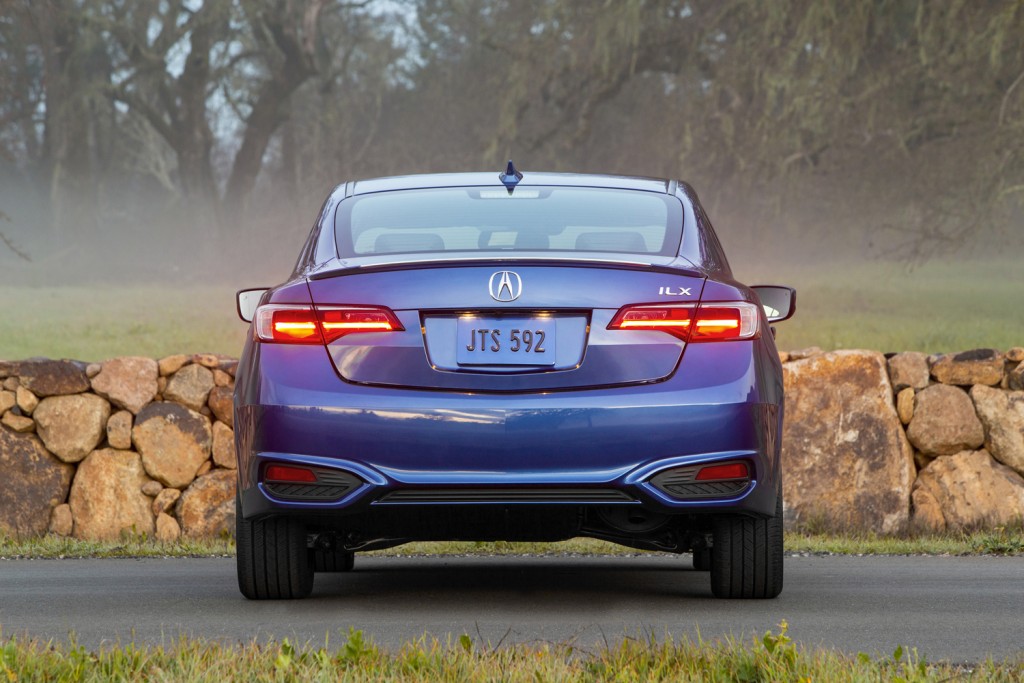 There are six different trim options for the ILX. This can get confusing for the consumer, especially when you factor in upgrades and packages. But it also allows the consumer to build the ILX that best suits them. Standard features, even on the base trim, include 17-inch wheels, heated mirrors, telescoping steering wheel and heated front seat (among others). My tester was the Premium A-spec with the Technology Package. This makes it the top-of-the-line ILX offered. Upgrades for this trim and package include 18-inch alloy wheels, blind spot detection, rear cross traffic monitor, leather sport seats, aluminum sport pedals and a rear spoiler. The rear spoiler really does add some pizazz to the ILX, as the back is quite boring without it.

The 2016 Acura ILX has an EPA rating of 25 mpg/city and 36 mpg/hwy. In a week’s worth of driving, I averaged nearly 29 mpg. I spent more time in the suburbs than on the highway, so considering, the ILX seemed to over perform its fuel economy numbers. 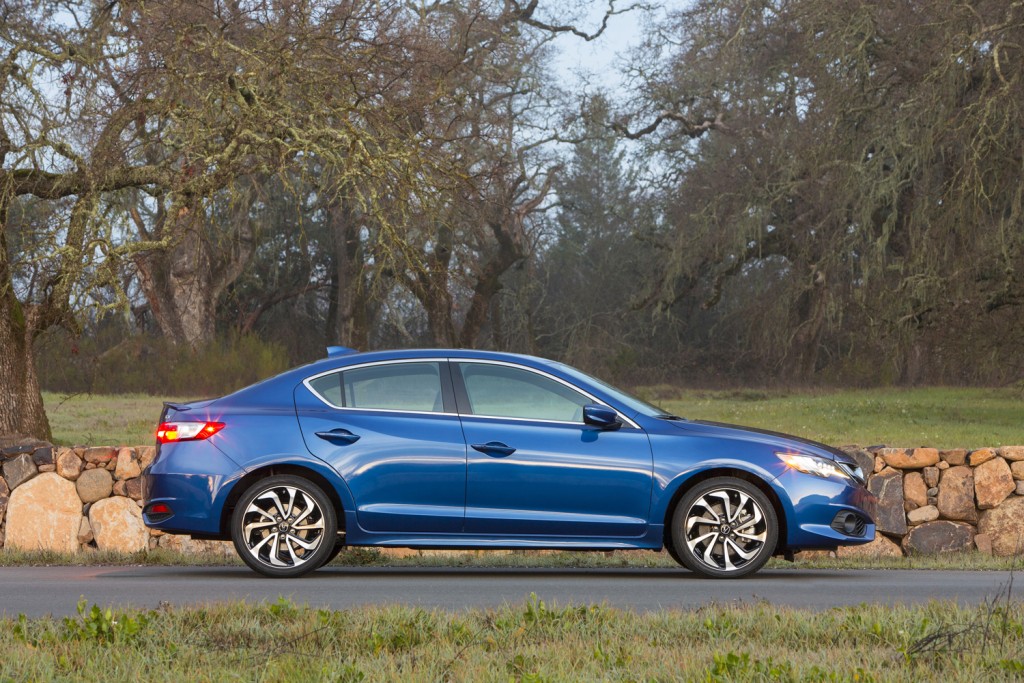 Pricing for the lightly optioned base trim starts at $27,900. My tester, with pretty much everything the ILX offers maxed out at $34,890. There are a lot of trims with a lot of price variants for ILX buyers to pick and choose.

Frequently, the knock on some Acuras, especially ones labeled “entry level”, is that they’re overpriced, glorified Hondas. This is both accurate and inaccurate regarding the 2016 Acura ILX. It’s accurate in that, the quality performance expected from most Honda vehicles is certainly present in this spunky little sedan. And it’s also inaccurate in that the ILX offers just enough luxury and sportiness to warrant its luxurious Acura badge. And it wears that badge with pride.

Written By
Jimmy Dinsmore
More from Jimmy Dinsmore
There are pickup trucks, then there are PICKUP TRUCKS. Ford is well...
Read More
0 replies on “2016 Acura ILX”