There are pickup trucks, then there are PICKUP TRUCKS. Ford is well known for their line of pickups and I’ve driven a bunch of them. But when my tester this week was dropped off to my home, I was surprised.

I was taken aback at just how big the Ford F-350 Super Duty was. This dually was special. It was the F-350 Super Duty Crew Cab with the Lariat and King Ranch trim. In other words, it was fully loaded, inside and outside.

Let’s make one thing clear: The Ford F-350 is a work truck, not a daily driver. In fact, it depends on the type of work needed to determine if you need this Super Duty. In most scenarios a F-150 or F-250 will be enough. During my week with the F-350 I used it, but you could almost hear the truck taunting me with the little bit of work I asked of it.

During my week with the F-350 I used it, but you could almost hear the truck taunting me with the little bit of work I asked of it.

I towed my little pop camper and loaded the bed with firewood, fishing equipment and coolers for a weekend getaway. The F-350 barely knew it was pulling anything. The F-350 dually has a 22,800-pound tow rating and a 7,260-pound payload rating. So my little pop-up camera was nothing.

But at least I used the truck, rather than try to run errands in this behemoth. 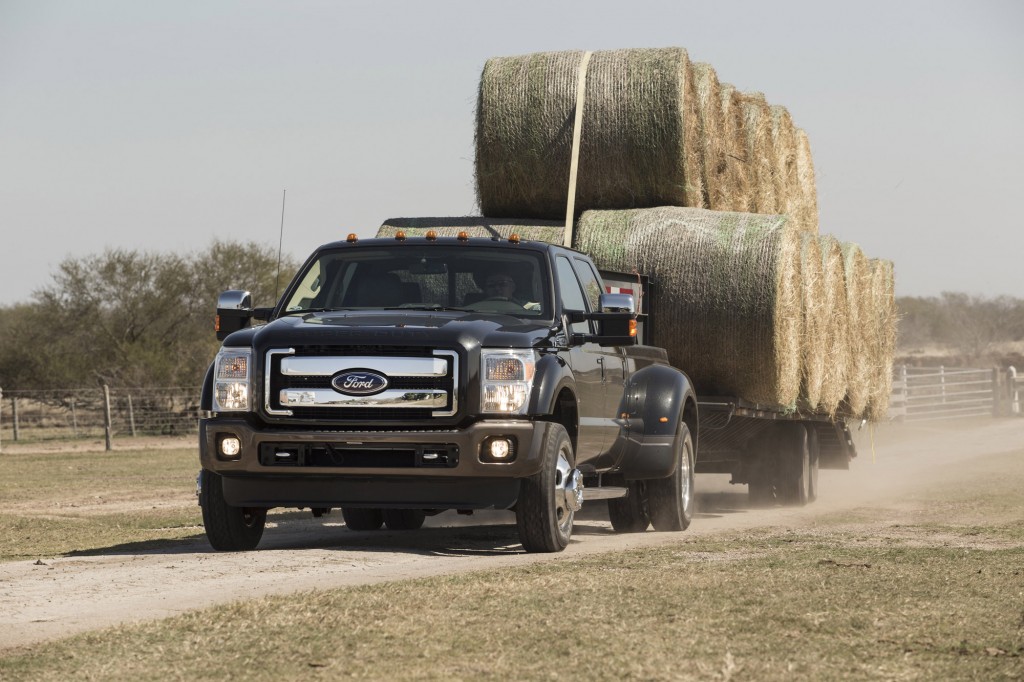 Two engines come standard on the F-350. A 6.2-liter V-8 engine is the same engine in the F-250, but there’s also a 6.7-liter diesel-powered V-8. My tester was the Powerstroke diesel with the 6-speed automatic transmission. This was my first experience with a Ford diesel, and I have to say, I was impressed.

Compared to Ram and Chevy diesel trucks I’ve driven, the F-350 was quieter and more refined. It didn’t necessarily sound like a diesel, but certainly had the torque of one. The diesel engine made 400 horsepower and a staggering 800 lb.-ft. of torque. That’s a lot of power and shows that this truck is ready for whatever you can throw at it (from lightweight camper to fifth wheel to boat).

Inside, seating is firm. And generally, the overall design and flow is aimed at this truck being a work vehicle, and not a family hauler. So, it lacks a bunch of creature comforts, even with the King Ranch package. Although with that you do get fancier trims and treatments.

This was my first experience with a Ford diesel, and I have to say, I was impressed.

An eight-inch touchscreen controls the MyFord infotainment system. This is a system that has had a share of criticism, but is one that I’ve always found to be easy to use. Additionally, there’s plenty of interior storage including an entire, lockable bin under the rear seats. There’s plenty of USB connectors and power plugs for devices including a 110-volt inverter.

This seems to be a common theme with the F-350, it is well equipped for all scenarios, needs and options.

During my time with the F-350, most of which was spent hitched to the trailer, I averaged about 14 mpg. The Ford F-350 has a 35-gallon tank so it is capable of longer trips, but refuels will be costly. But if you own a large recreational vehicle you have to factor that into the cost of ownership. What good is owning a boat without something to tow it to the lake? 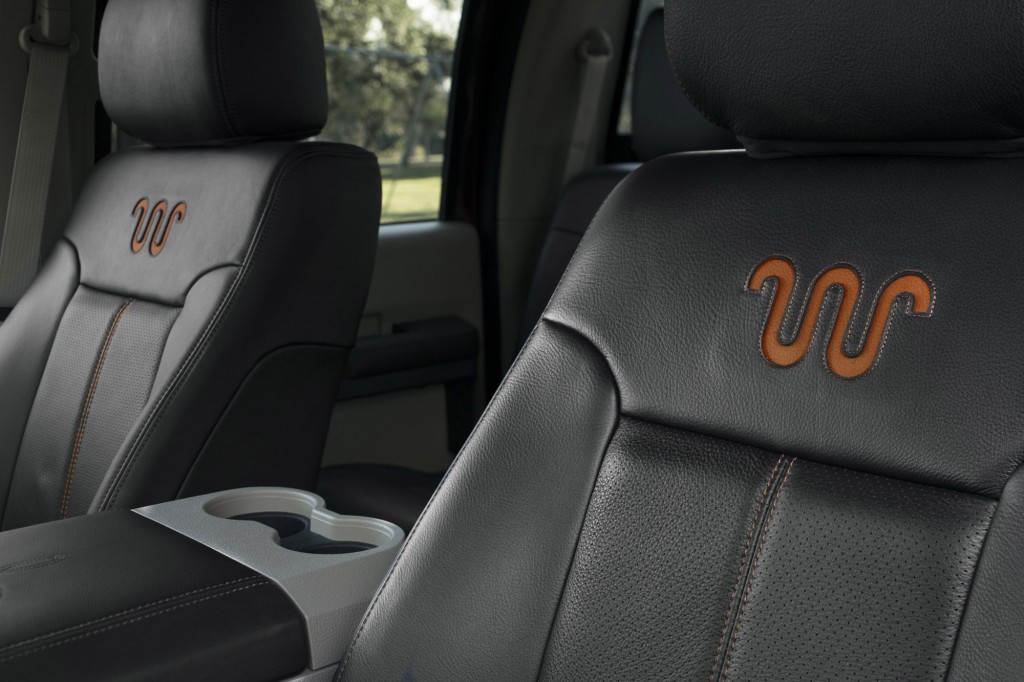 The regular cab F-350 (a true work truck) has a starting price of just over $30,000. My tester, with the diesel engine and the four-wheel drive, dually starts around $37,000. Add options and my tester had a final price of $48,415. So there’s a wide range of pricing for this workhorse, based upon your needs, engine type and cab/bed size.

The 2015 Ford F-350 is a beast of a truck that is primed and ready for whatever work will be asked of it.

The 2015 Ford F-350 is a beast of a truck that is primed and ready for whatever work will be asked of it. As one of the stoutest workhorses on the road today, paired with a big diesel engine, it is a viable pickup truck for someone who needs a powerful truck that can tow a lot of weight.