The rockstar of the 2015 North American International Auto Show was undeniably GM’s Chevrolet Bolt, the affordable electric vehicle with an astounding 200-mile driving range. The buzz was not unlike that Steve Jobs’ introduction of the first iPhone, and rightfully so, as the Bolt’s emergence may be just the catalyst needed to push automakers to make more affordable electric vehicles. There were other stories at the NAIAS, with perhaps most intriguing being the Ford GT, the Detroit-built supercar designed to either be an upfront to European sports cars or a showing that Ford can beat them at their own game. There was also a reincarnation of Acura NSX, and even a Hyundai pickup truck concept that hopes to overcome how millenials see pickup trucks. Automakers, as usual, showed up and showed out. We surveyed the field and came up with the 10 vehicles that stood out (along with a few honorable mentions).

If imitation is the sincerest form of flattery, then Ford GT supercar is sure to flatter quite a few European automakers. Shaped like an exotic sportscar, the two-seater has upward-swinging doors and a F1-style steering wheel. Under the hood is a beastly 600-hp EcoBoost V-6 engine, paired with a rear-wheel drive and a 7-speed dual-clutch transmission. It rolls on 20-inch wheels on Michelin Pilot Super Sport Cup 2 tires with a GT-specfic designed compound and structure. The GT is one of the dozen cars in Ford’s Performance division headed to production before 2020 – and perhaps the most exotic, in the European sense. Oh, and it’s not like Ford is trying to rub it in, but … the supercar goes into production late next year, on what just so happens to be the 50th anniversary of Ford GT race cars finishing 1-2-3 at the 1966 24 Hours of Le Mans. 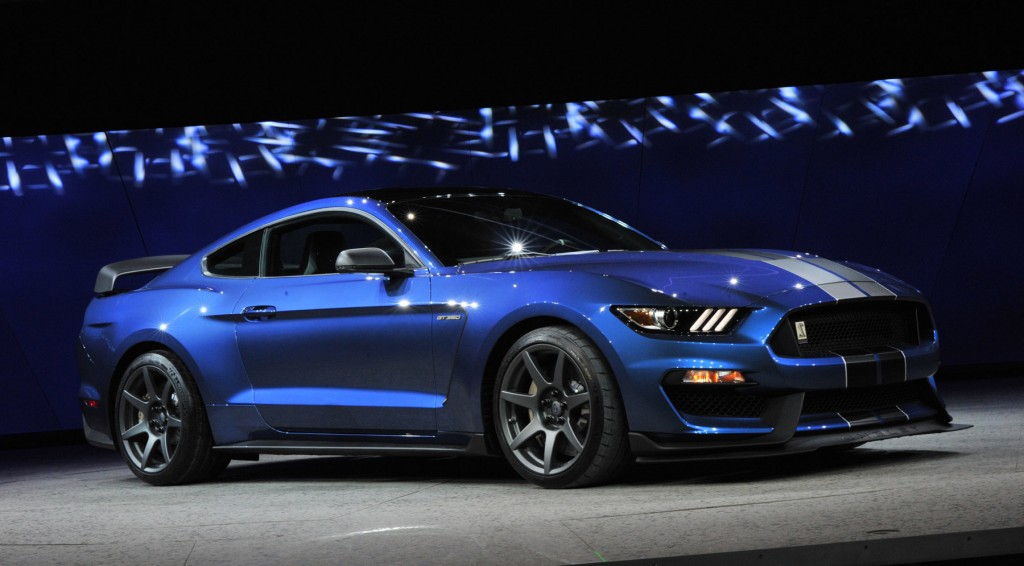 Ford Perfomance is both honoring tradition and pushing into the future with the 2016 Shelby GT350R powerhouse of a muscle car. The 5.2-liter dual-overhead-cam V-8 is one of the first production car from Ford to feature a flat-plane crankshaft. The specs are nothing to sneeze at: 500 hp and 400 lb.-ft. of torque. The GT350R pushes the boundaries of street-legal driving, as the Track Pack version is 130 pounds lighter because it’s stripped of A/C, stereo system and even the trunk floorboard. All of these can be added on, along with an 8-inch touchscreen. This Ford beast arrives at dealerships later this year. 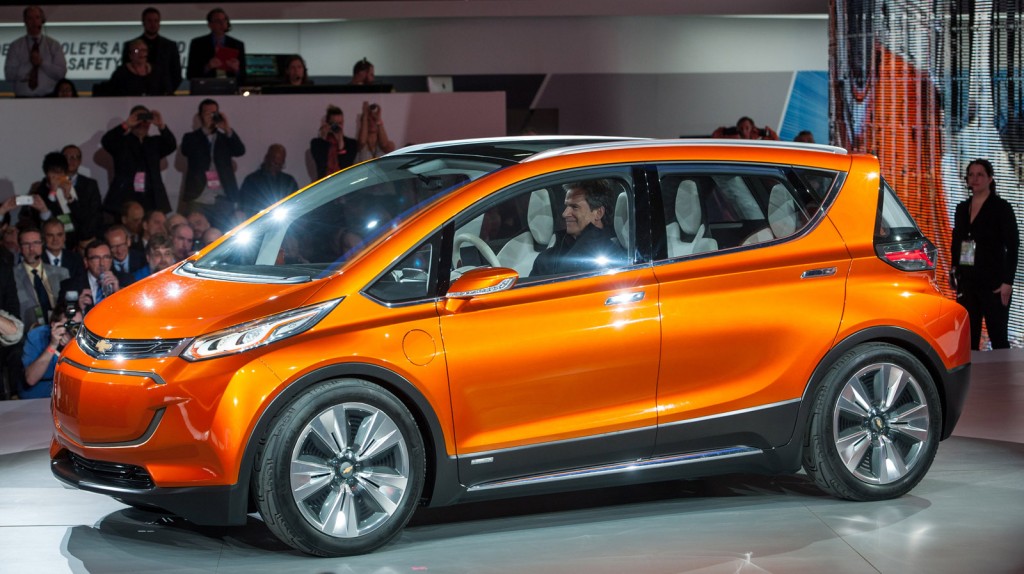 Only time can tell if the Chevrolet Bolt, a $30,000 electric vehicle from General Motors, will distrupt the affordable EV market when it goes on sale in 2017. With a 200-mile driving range, it very well could spur competition among in the segment and eat away at Tesla’s novelty and market share. The Bolt seats four and features a 10-inch touchscreen in the cabin that can sync with smartphones through the Bolt EV Concept app to turn smartphones into key fobs. Other features include auto-park and park-and-retrieval technology. 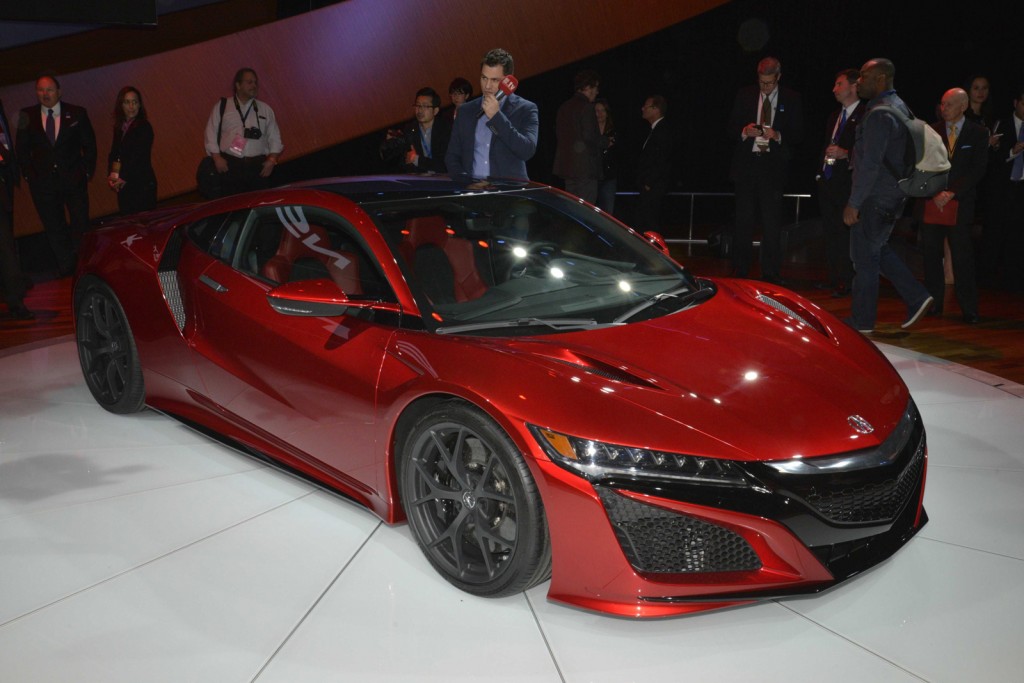 The Acura NSX is back – and the supercar is bigger, better and badder. At the core of this driving machine from Honda’s luxury brand is a twin-turbocharged 75-degree DOHC V-6 engine with a 9-speed dual clutch transmission. Add in a three-electric motor Sport Hybrid system and you are sure to have an exhilirating driving experience. The new NSX is 3.1 inches longer than the 2013 NSX concept and is slightly taller and wider. With order now being accepted, the new NSX will be assembled at Acura’s factory in Marysville, Ohio, and delivered to the lucky owners later this year. 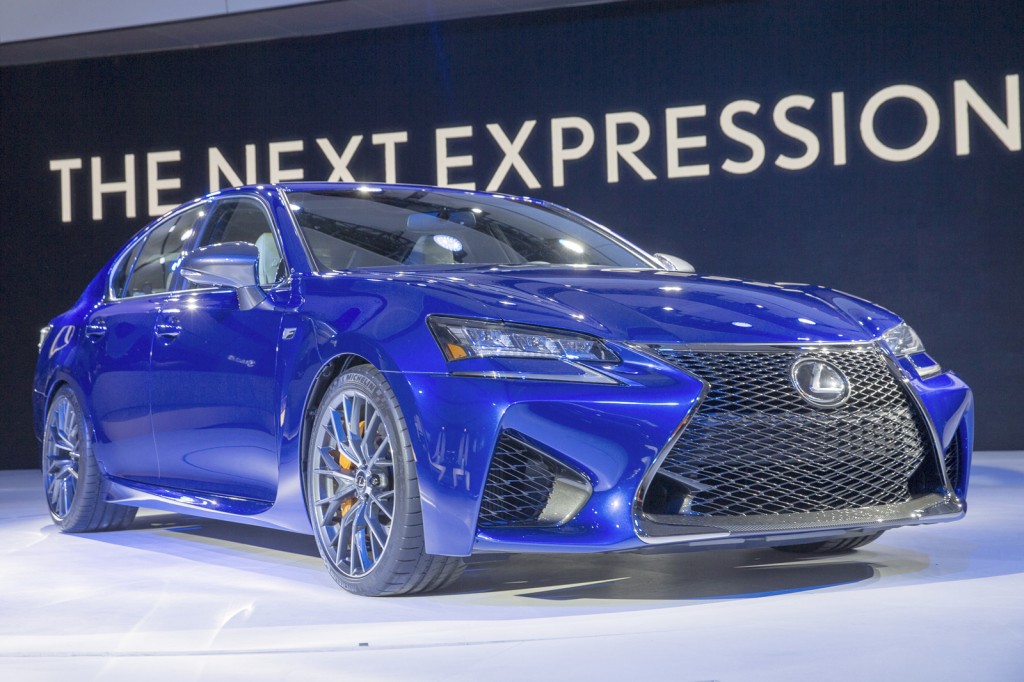 With the four-door GS F sedan, Lexus is continuing where it left off with the RC F coupe. Sharing a chassis with the GS 350 F SPORT, the GS F is built for exuberant performance. A 5.0-liter V-8 engine producing 467 hp and 389 lb.-ft. of torque is paired with an 8-speed automatic transmission and a Torque Vectoring Differential with three modes for optimized driving. Lexus enthusiasts should embrace the GS F wholeheartedly. 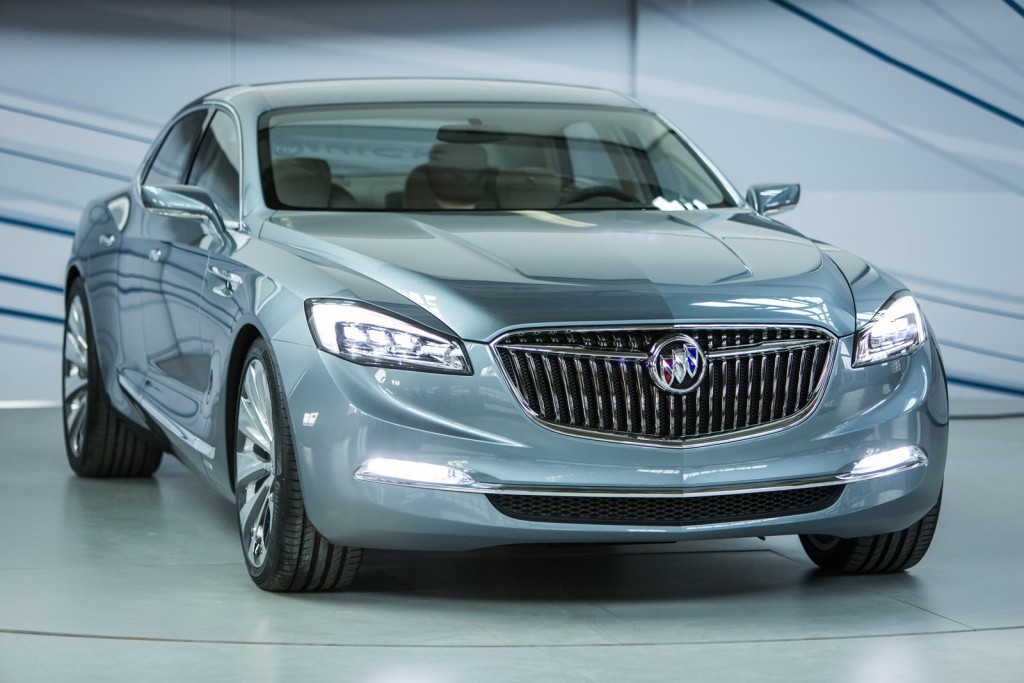 Avenir is the French word for “future” and a quick glance at the Buick Avenir Concept suggests it is aptly titled. The sprawling sedan – it’s 204.5 inches in length and 76 inches in width – has a long hood and a grille that channels the 1954 Wildcat II concept. The body contour is is Maybach-esque but the four-seater is powered by a direct-injected V-6 with cylinder deactivation (Active Fuel Management) and stop/start technology. Buick’s “Future” is all-wheel drive and controlled by a 9-speed paddle-shift automatic transmission and a Buick IntelliLink infotainment system featuring a 12-inch color touchscreen, mobile device wireless charging and OnStar 4G LTE with Wi-Fi hotspot completes quite an eye-catching ride. 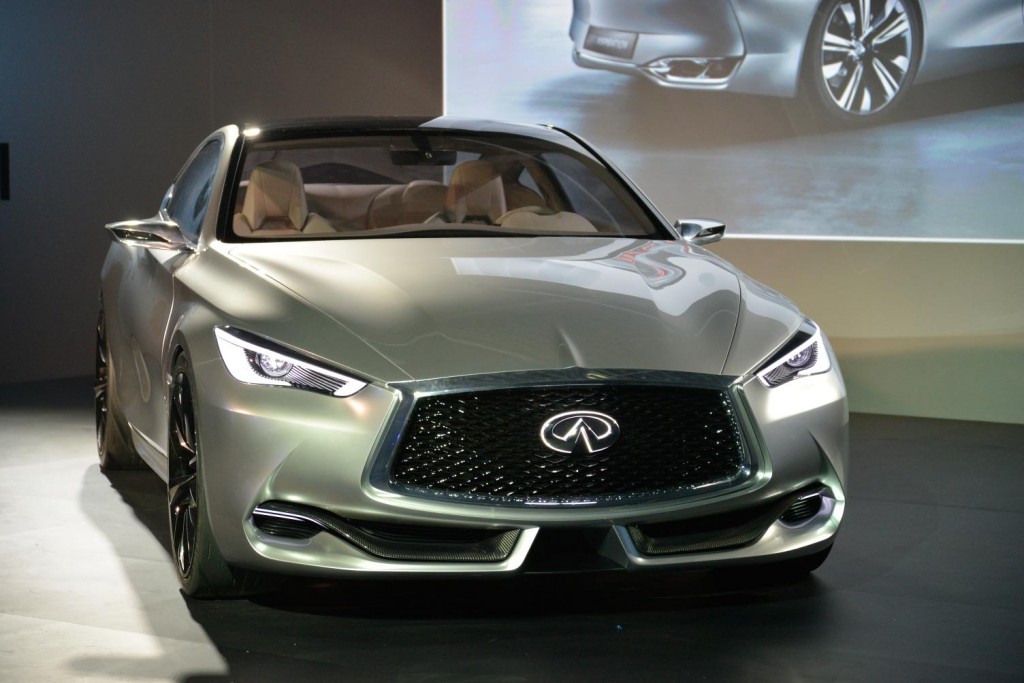 The Infiniti Q60 Concept is not a fantasy car – the Hong Kong automaker intends to implements its design language into its production sports coupes in the near future. The Q60 shares a 3.0-liter V-6 engine with direct injection and twin-turbocharging first showcased in the Q80 Inspiration at the Paris Motor Show, and serves as the first in a series of next-generation engines that are lighter and efficient yet more powerful. The Q60 is pretty long – 184.6 inches, to be exact – and features a double arch grille, a tail spoiler and matte black spokes on 21-inch wheels. The proprietary technologies that make it unique are the Infiniti Direct Adaptive Steering system and Infiniti InTuition system. The latter is a “customizable digital environment” that remembers settings such as driving position, heating and cooling, audio, navigation and telematics for up to four drivers. 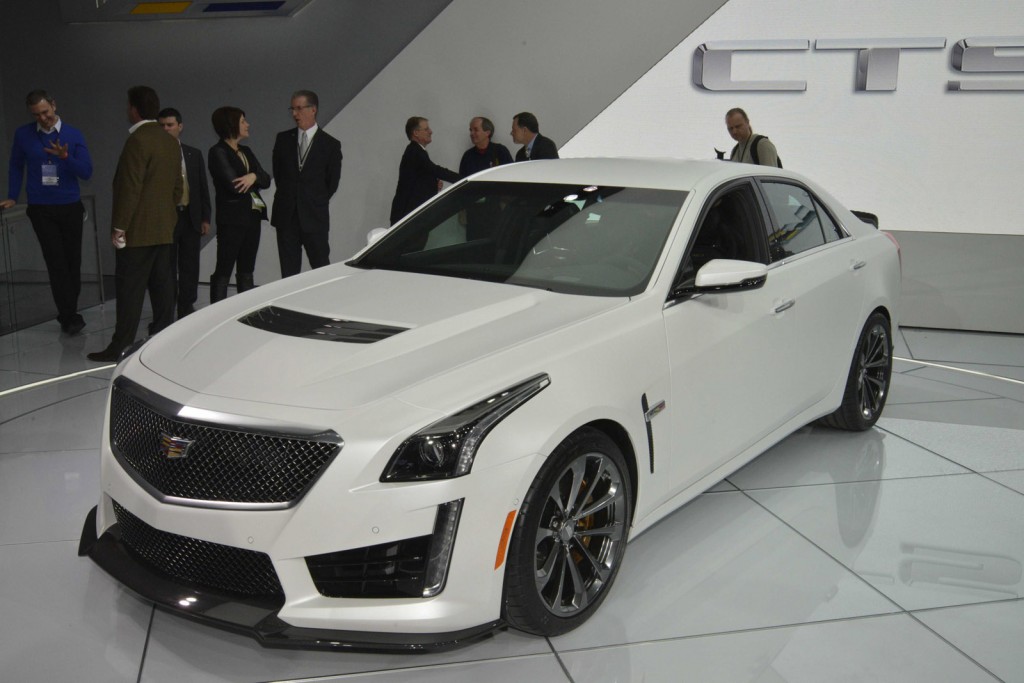 The 2016 CTS-V is an exquisite pairing of luxury and top performance, what with its supercharged 6.2-liter V-8 engine generating 640 hp and 630 lb.-ft. of torque that turn in a 0-60 time of 3.7 seconds and top speeds eclipsing 200 mph. The sedan-slash-race-car is the most powerful vehicle from Cadillac and the Detroit automaker says it packs more horsepower and torque than V-8 engines from Mercedes-Benz and BMW M-Series. Luxury is the name of the game inside this bad boy, with a 12.3-inch display equipped with CUE with Bluetooth connectivity, navigation with Bose Surround Sound audio, Siri Eyes Free and wireless phone charging. Last but not least, the CTS-V is also equipped with a Performance Data Recorder, a tool for drivers to capture high-def video of the car’s for social media posterity. 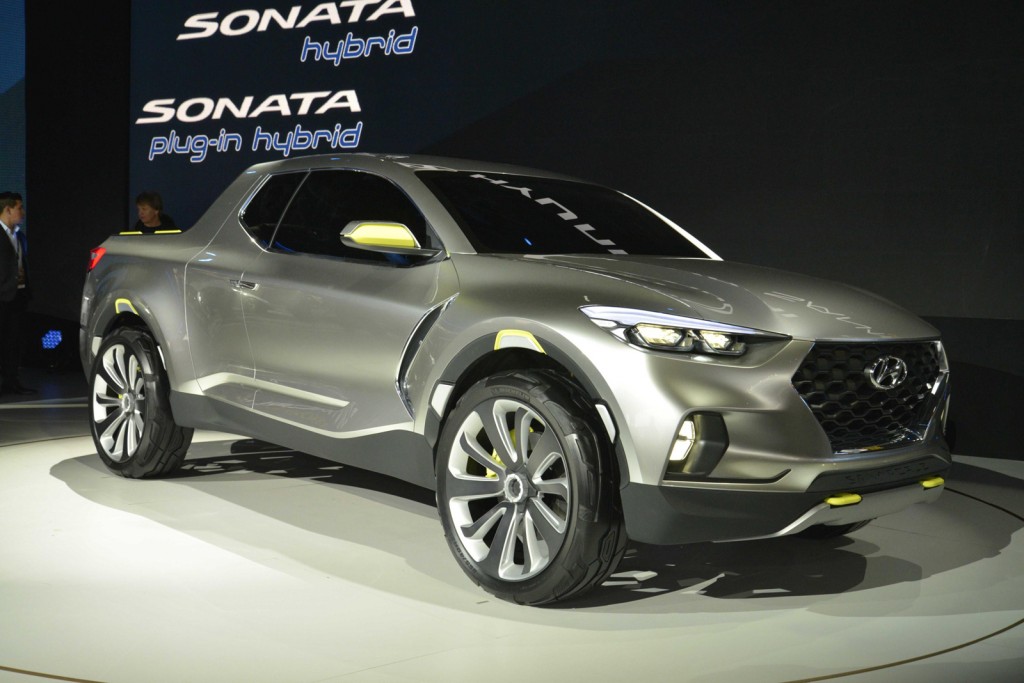 Hyundai is aiming directly at a segment of millenials it calls “urban adventures” with this prototype. The sleek design takes it up a notch over traditional trucks, as this futuristic truck is powered by a 2.0-liter turbo diesel engine with 190 hp and 300 lb.-ft. of torque. Fuel economy is in the high 30 mpg range. Combined with HTRAC All-wheel drive system, this pickup should resonate well with at least a portion of its target market. 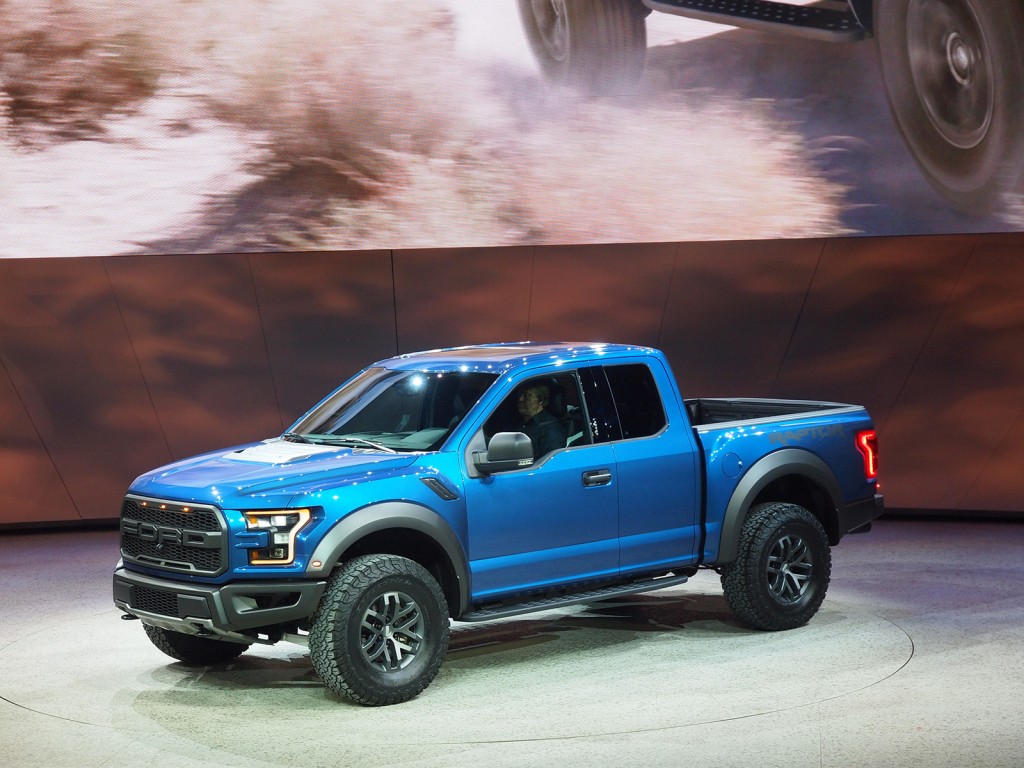 The Ford F-150 Raptor marries ruggedness, power and performance quite effectively. Built with an all-new steel frame and alluminum-alloy body, the truck is powered by a 3.5-liter EcoBoost engine that even exceeds current Raptor’s powerful specs of 411 hp and 434 lb.-ft. of torque from a 6.2-liter V-8 engine. This Raptor is paired with ana all-new 10-speed transmission and features LED lighting and camera technology. For off-road performance, there is the redesigned FOX Racing Shox and all-new terrain management technology. 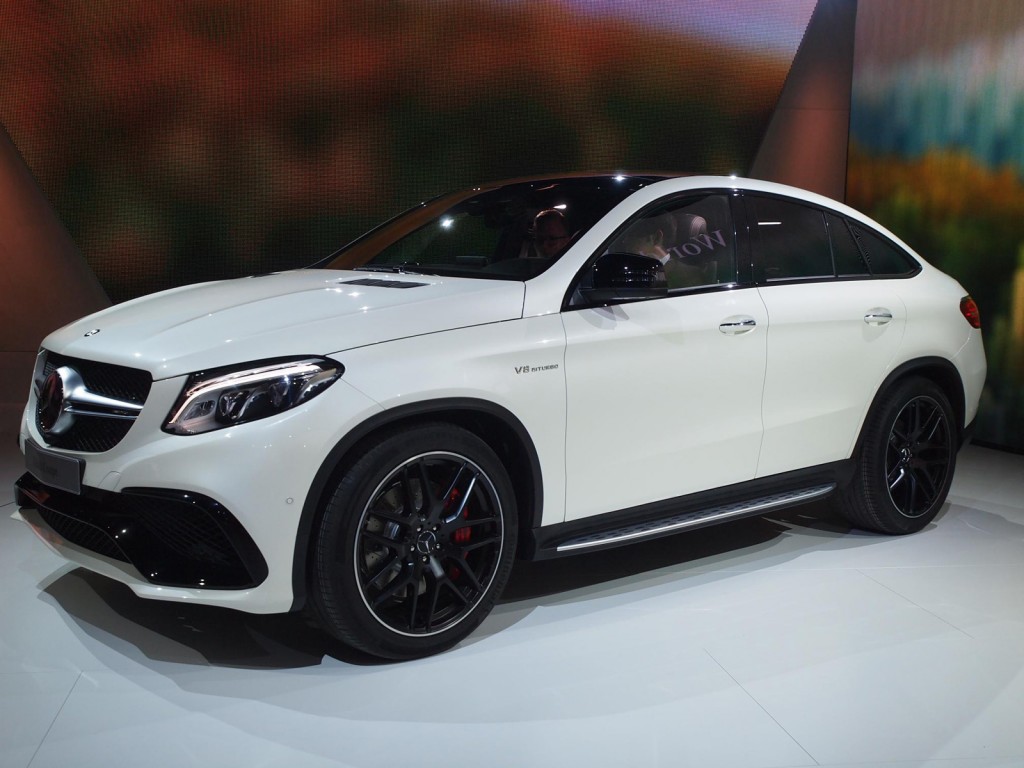 Mercedes-AMG unveiled a part-SUV, part-coupe that’s unlike any other model in its lineup. The GLE63 is powered by a 5.5-liter V-8 direct injection engine with twin turbochargers that produces 577 hp and 561 lb.-ft. of torque, resulting in a 0-60 time of 4.2 seconds. 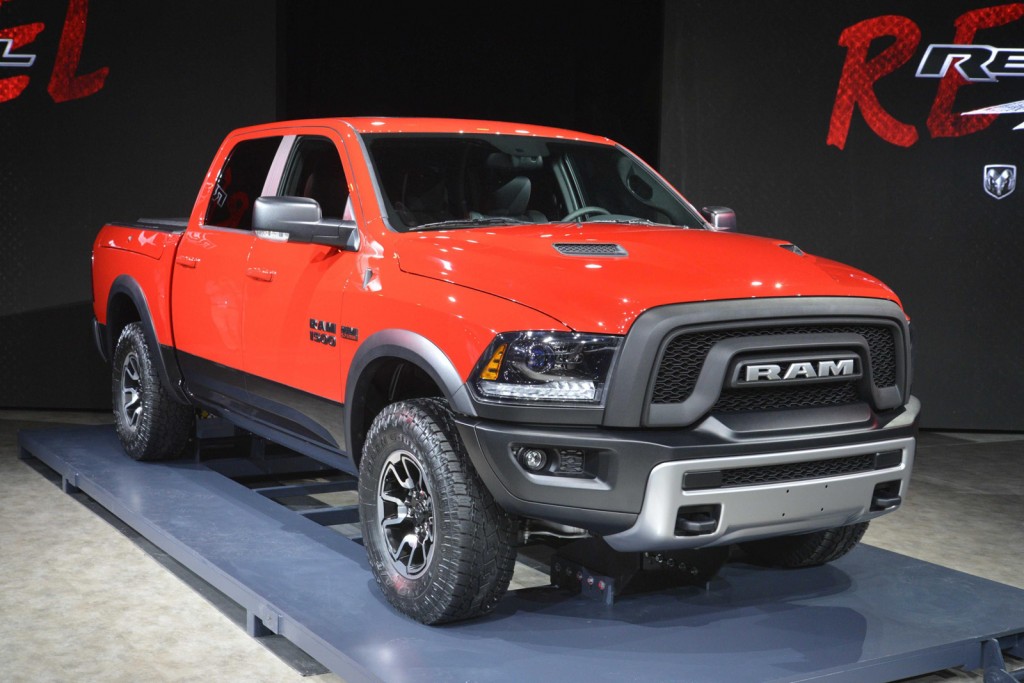 The 2015 RAM 1500 Rebel is, as its name indicates, a more extreme version of the standard 1500. Built for the off-road fanatics, it offers more suspension, 33-inch tires and a quite pronounced bumper. The off-road beast can be equipped with either a 3.6-liter V6 or a 5.7-liter Hemi V-8 engine, paired with an automatic transmission and 4×4 drive (2×4 is available as well). 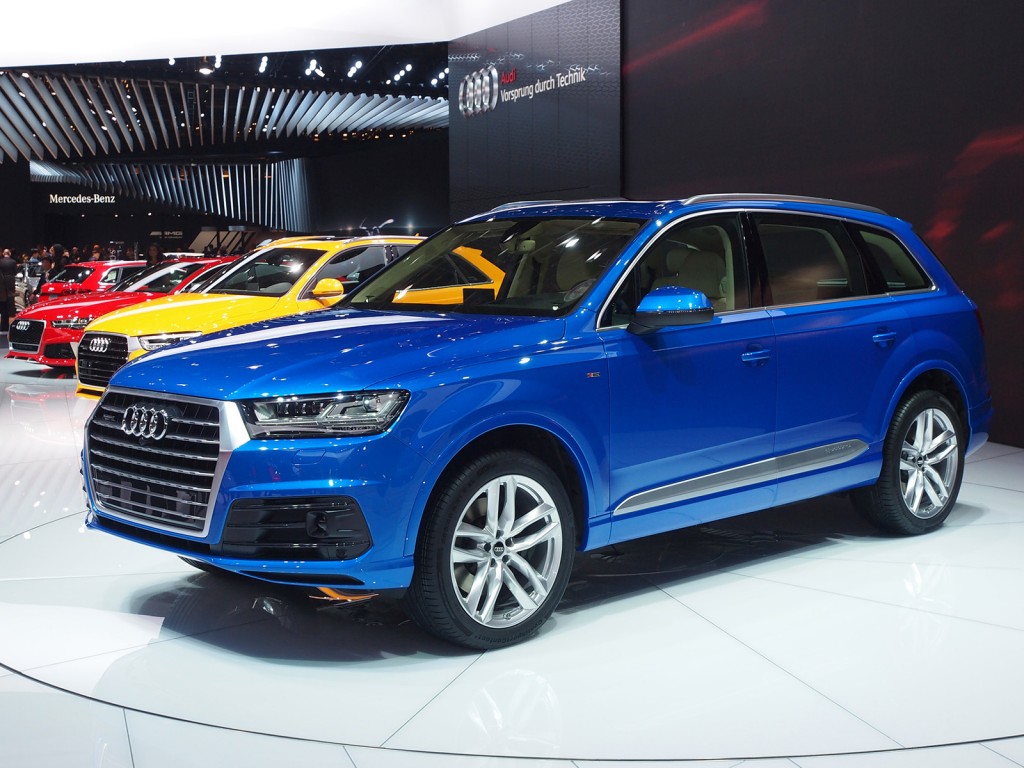 The second coming of Audi’s first-ever crossover, the 2016 Q7 is lighter thanks to steel and aluminum construction. While it’s all-new design makes it appear like a wagon, its power is uncompromised with Audi offering options including a 3.0-liter, supercharged V-6 and 3.0-liter TDI. This Q7 will also be available in diesel plug-in hybrid version with Audi’s vaunted Quattro all-wheel-drive system. The cabin features a bevy of tech, including a 12.3-inch touchscreen display.

Written By
Slav Kandyba
More from Slav Kandyba
Toyota is on track to mass-produce its first hydrogen fuel cell vehicle...
Read More
0 replies on “The 10 cars that caught our attention at the 2015 NAIAS”