I remember my first time driving the 2014 Buick Regal GS. It was here in my hometown of Cincinnati, Ohio for a drive event that General Motors was having for journalists. I thought it was cool to have my hometown host this event. And I remember the twisting, turning drive route we took in the Regal and thinking, wow, this is actually a sporty, fun car to drive.

During that press event I remember speaking with several reps from Buick about the image problem Buick has. You even see it in their current commercials where various people say “that sure doesn’t look like a Buick.”

Indeed Buick has the stigma of being an “older person vehicle.” But, in the week I spent with the Regal GS, this is definitely not grandpa’s Buick. 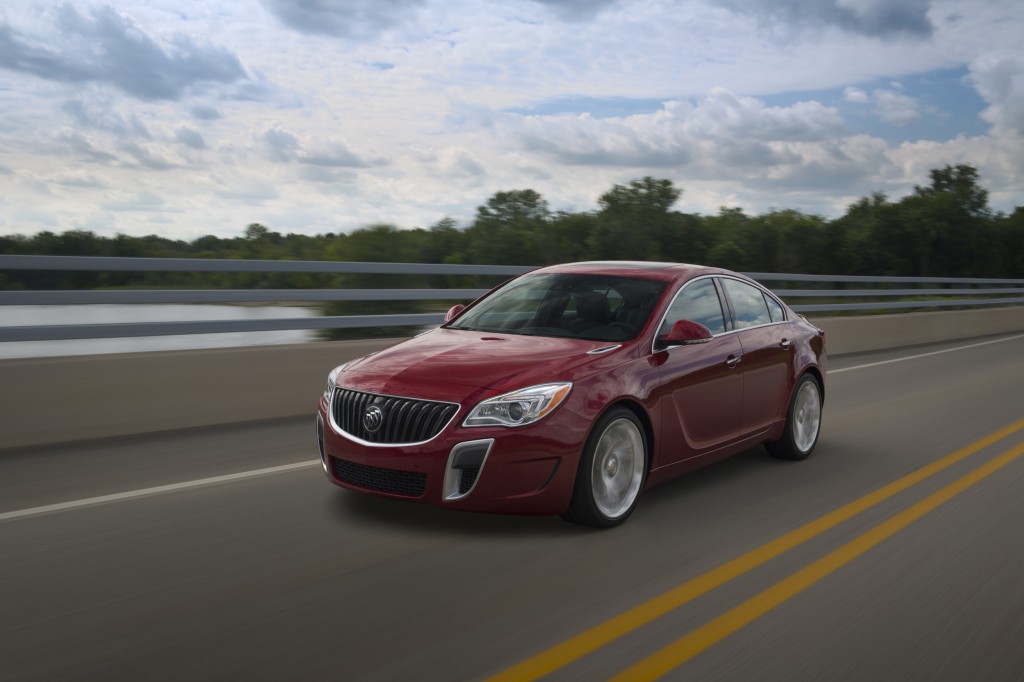 For starters, the Regal GS (which is the sportier trim) has a new exterior with wing-shaped LED lighting. The grille is still the signature Buick look. The Regal is appropriately named because of that grille as it puts off a regal appearance. The overall styling of the Regal is one of stately elegance and does not foretell of the sporty performance of the Regal GS.

The overall styling of the Regal is one of stately elegance and does not foretell of the sporty performance of the Regal GS.

Powered by a 2.0-liter 4-cylinder turbo engine, the Regal GS packs a nice punch off the line and throughout the gearing. It is mated with an efficient, although slightly lagging, 6-speed automatic transmission. A 6-speed manual transmission is an option that may alleviate the minor issues I had with the shifting.

The engine makes 259 horsepower and 295 lb.-ft. of torque. A drive control system offers selectable modes to change the car’s performance. Select from standard to sport to the high-performance GS mode and you get various driving experiences. And that is a fantastic feature for the Regal as each mode offers various levels of performance. The GS, of course, was my favorite, with sharp cornering, sport handling and punch off the line. 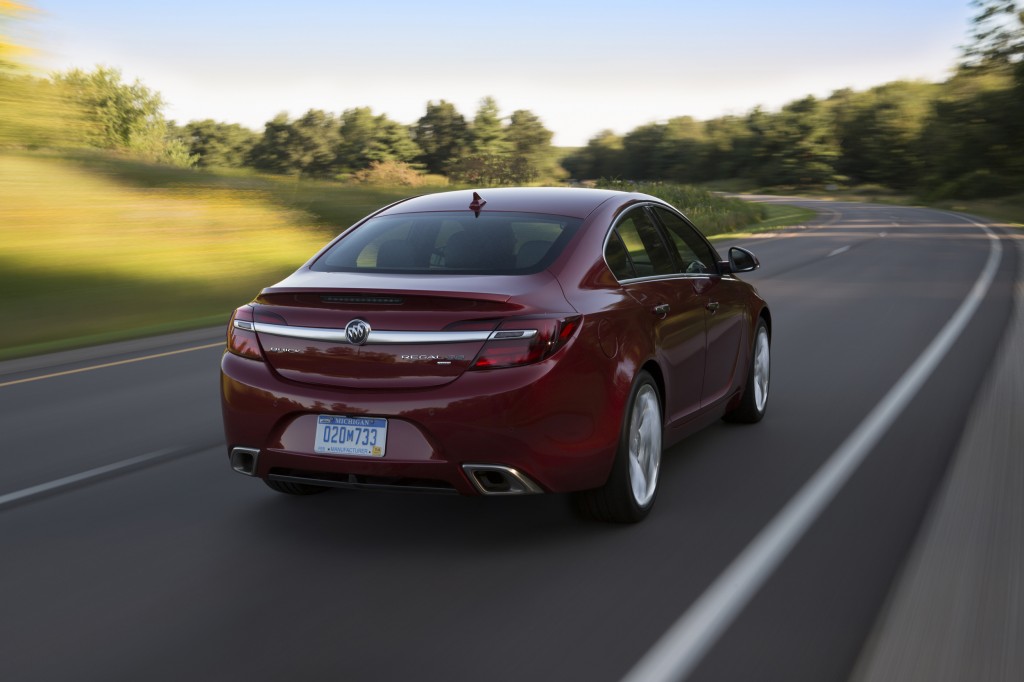 HiPer Strut front suspension helps reduce torque steer and improve grip during cornering. The Regal GS has all-wheel drive (again not something grandpa had with his old Buick). The Regal nameplate is celebrating its fourth decade in existence, and the evolution is astounding.

Inside, the Regal has everything you expect from a Buick. Higher quality materials, soft touch points and comfortable luxury are highlights of the interior. The Regal’s interior is elegant and classy and grandpa would approve.

Inside, the Regal has everything you expect from a Buick.

There is more than 38 inches of headroom for front passengers and 42 inches of legroom for rear passengers. While the Regal is not a “boat” it provides ample room and comfort for all passengers. The trunk has 14.2 cubic feet of space. 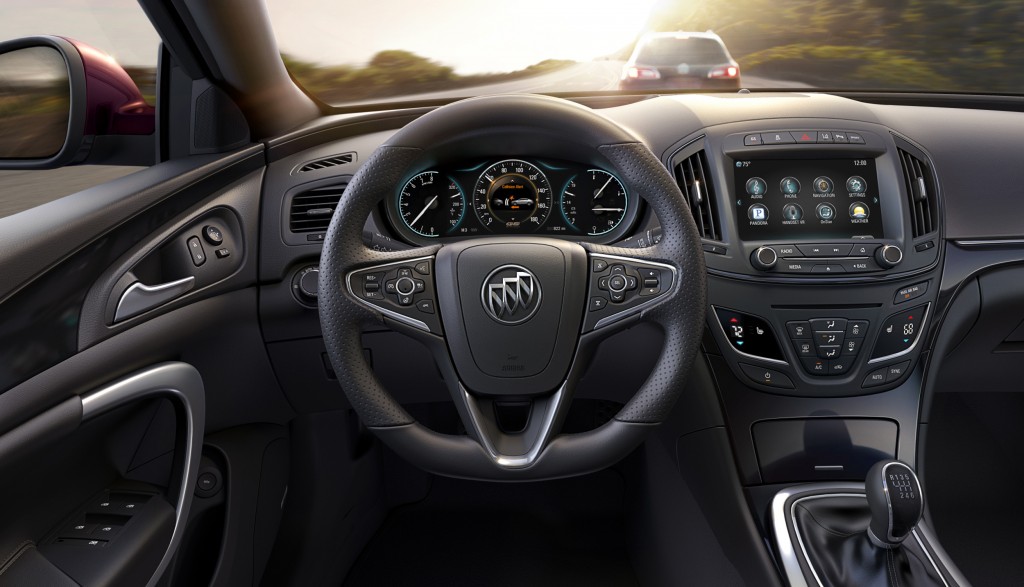 The 2015 Buick Regal will come equipped with 4G LTE WIFI (what would grandpa think of that)?

All of this new safety technology is part of the Driver Confidence package which is an added-on value. It’s one of the few add ons that seem worth the cost. The 2015 Buick Regal will come equipped with 4G LTE WIFI (what would grandpa think of that)?

If fuel economy is a priority than the GS trim is probably not the ideal option. The Regal eAssist trim has no turbo but a fuel economy of 25 mpg/city and 36 mpg/hwy. My tester gets far less than that with an EPA rating of 19 mpg/city and 27 mpg/hwy. 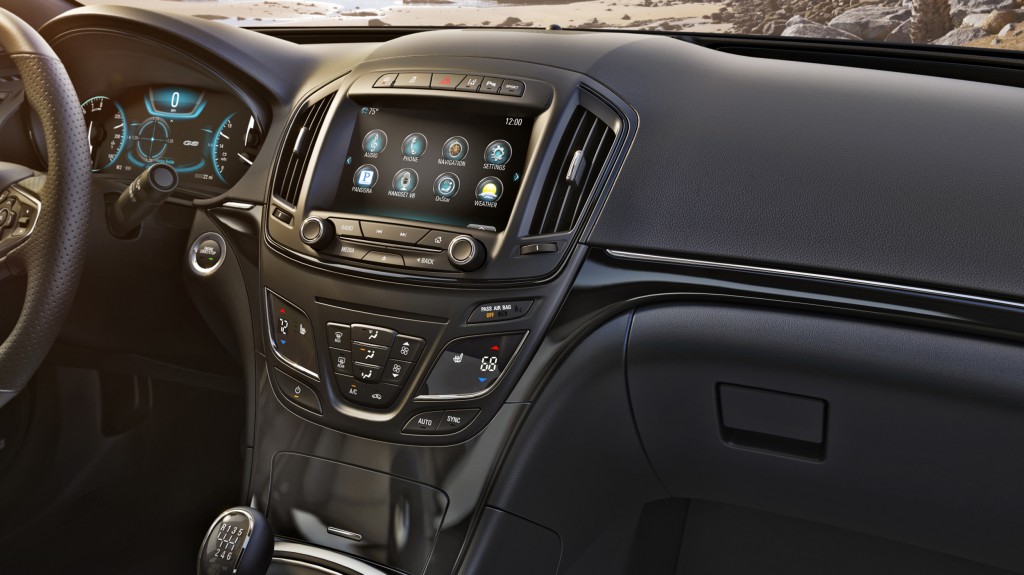 Offerings like the Regal GS will go a long way toward rebranding itself.

Buick has their work cut out for them if they want to rebrand themselves as a younger, hipper brand. Offerings like the Regal GS will go a long way toward rebranding itself. It certainly doesn’t look or drive like grandpa’s Buick.