Smooth out rough patches with luxury and finesse

There are certain expectations that come with driving a Lexus. Get into the upper reaches of the SUV market segment and the 2018 Lexus GX 460 Luxury simply levels up: It’s the more upscale cousin of the Toyota 4Runner, a bigger-better-doper whip calibrated to handle rugged terrain with smoothness and precision. The 4Runner and the GX share a similar platform and plow through any road, whether it’s a weekend trip to the mountains to get out of the daily grind, or to navigate dicy roads in the hills.

There’s a bulkiness to the GX that betrays its cool and composed handling, suited perfectly for an upscale family. The SUV’s dimensions aren’t atypical for vehicles in this class, but the Lexus factor sticks out thanks to the spindle grille on the front. This is branding that evokes a feel and experience we’ve come to love and appreciate for years. However, the details upfront can’t make the vehicle tone down. It’s still rather plain as far as the body is concerned, and disproportionately large.

Our tester was definitely enhanced with the Sport Design Package, which costs $1,950 but includes the sexy touch: front and rear bumper spoilers, chrome exhaust tip, chrome detail side mirrors and a deep red taillight. These touches are underscored by a F SPORT 18-inch alloy wheels, which will set the buyer back another $1,499 (yet surely will make heads turn).

Lexus provides plenty with the interior design and feel, and we’re talking smooth and silky trim that just… uhh… breathes luxury into existence. Sure, it’s getting to that part that can be a challenge because of the bulky door handles and boxiness of the design. The dashboard features an upright dash with horizontal bands of wood. This GX is a true-and-proven SUV as far as performance, and features all the Lexus trimmings it needs to win buyers over.

The Lexus SUV does come with add-ons that make the price go up. And yet, the Driver Support Package ($4,340), features the latest in safety tech along with a Mark Levinson Audio system. The safety tech in the 2018 Lexus GX 460 is highlighted by a pre-collision system with driver attention monitor, dynamic radar cruise control, lane departure alert, intelligent high-beam headlamps  and a wide-view front and side monitor.

The latter is a wide-angle camera mounted on the front to help the driver see around blind corners of a parking garage. Another camera is under the passenger-side mirror and assists with the chore of parallel parking effectively and maneuvering through narrow alleys and tight parking spots, in general.

Another add-on options available is the Dual-Screen Rear-Seat Entertainment System, which is priced at $1,970. What is it, exactly? Well, video sources in the back seat is exactly what it is. Using a single remote control, the two video sources are connected to LCD screens on the headrests, and there is a DVD/CD player. Connecting a game console or audio player via AV input jacks is also quick and dandy.

Did we mention Lexus also props all this up with a wireless remote, wireless headphones and an AC power outlet? In other words, your 13-year-old can find all the entertainment options he or she may want when you pick her her up from school and take her to piano recital or lacrosse or volleyball practice — or even to the mall to get a smoothie or shop for clothes!

There’s no reason to not disclose that the Lexus SUV is a big, bad machine that requires a lot of petroleum. As such, the 15 mpg city, 18 highway and 16 combined is what this vehicle notches. These figures are on the lower end compared to Lexus’ rivals, which shakes the GX 460 stature in the segment a bit. However, efficiency is relative and the GX fares better than the all-wheel-drive Infiniti QX80. 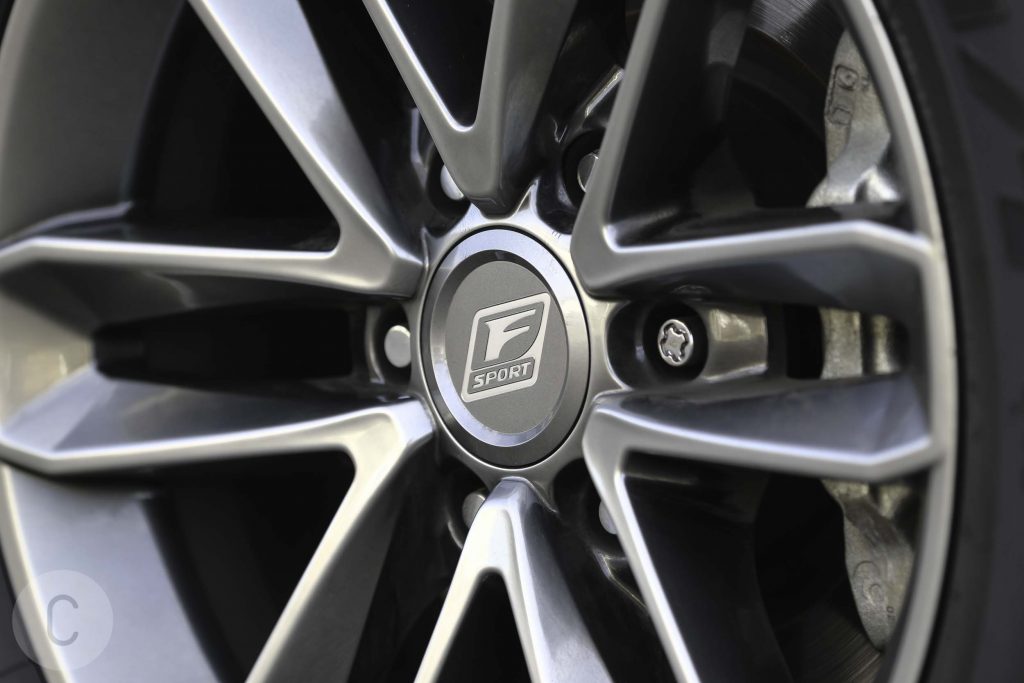 The Lexus GX 460 has a 4.6-liter V-8 that generates a respectable 301 hp and measures up with 320 lb.-ft. of torque. This power means this truck gets up to 60 mph in 7.8 seconds and tops out at 110 mph. That’s pretty darn fast for a Lexus SUV that is clearly built to handle off-road situations.

Is it a little bit boxy and confined inside? Sure, because for all of its wondrous agility off-road, cornering is not one of the GX460 Lexus SUV stronger suits. On the other hand, potholes are easily conquerable and the sturdy suspension is one of the greatest things we’ve discovered in this SUV, a sure-shot testament to the Japanese carmaker’s knowledge base in practice.

The 2018 Lexus GX 460 Luxury is a more robust, rugged cousin of the Lexus RX crossover. The SUV tows up to 6,500 pounds with an optional trailer hitch,which is more than car-based crossover SUVs can handle, but not that much by truck-like SUV standards.The car moves like a mountain puma about the size of a bear when in the mountains and similar environs. If going back to the country is your thing, this is a truck to get that done. Acceleration is adequate, although it’s unusual to see a V-8 these days with such a low power rating; you’ll feel the lack of juice at higher speeds.

What we liked: Off-road maneuverability, smooth and powerful V-8 engine, nice touches and detail inside the cabin that fulfill upscale expectations for comfort.

What we didn’t like:  The GX 460 from Lexus doesn’t have the best-in-class fuel economy, features steering that could be stiffer and styling that could use a sprucing up.

The 2018 Lexus GX 460 Luxury competes against a prized lineup that are household and Hollywood famous. We’re talking Audi Q7, BMW X5 and the Land Rover Discovery. While the base price is slightly lower in the Q7, it doesn’t have a V-8, while the Beamer and the Land Rover have 6-cylinder engine. The X5 only comes in a rear-wheel drive and while the GX and the Q7 can sit up to 7 passengers, the competition is super intense. As such, it should be intriguing to hear how the 2018 version of the upscale Lexus can do when competing in such a crowded market segment.