The Tundra is the Toyota of trucks—and we appreciate it 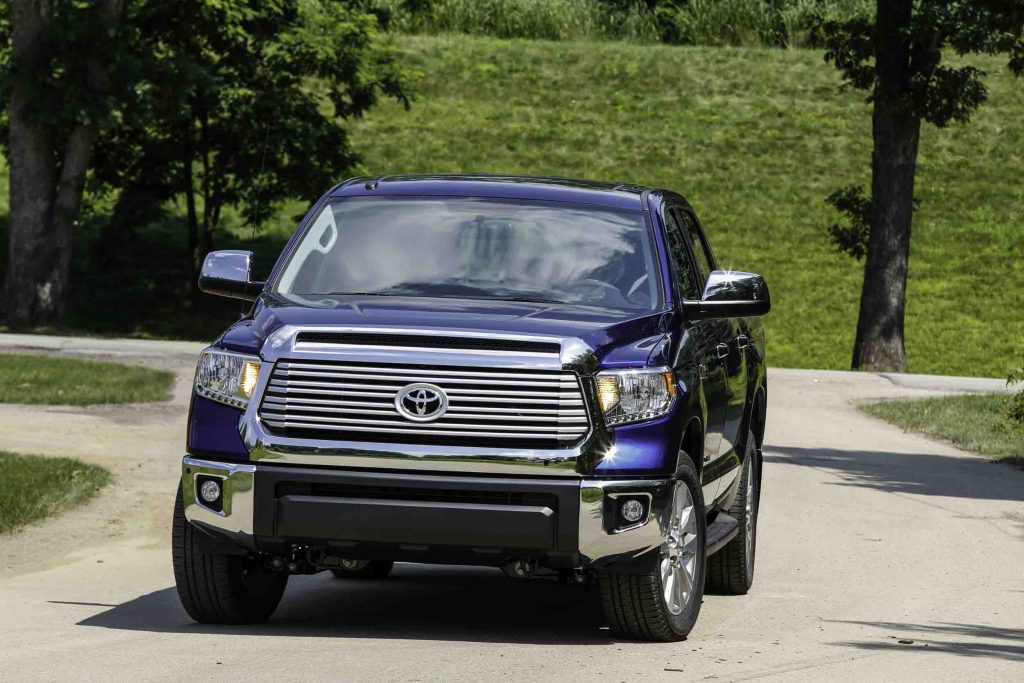 Although Toyota trucks are devoid of the ‘Detroit-built’ street cred, don’t let anyone tell you that the Japanese company’s answer to the F-150s, Rams and Silverados isn’t impressive—the Tundra pickup is just impressive in its own right and on its own merit.

The 2017 Toyota Tundra 4×4 Limited CrewMax is loaded with plenty of tech features, offers lots of space and manages to avoid looking awkward. Its exterior blends in favorably with its Detroit-made rivals even though the Tundra’s body last spruced up in 2014 with a redesigned front end and new grille and hood. Even if we do say so ourselves, the truck looks ruggedly handsome and far from outdated.

Sure, the front end does diverge from what we’re accustomed to seeing from the aforementioned Detroit-made trucks. However, this just simply means the Tundra is an acquired taste. Let’s be honest: The variation in exterior aesthetic is small potatoes of a quirk; Toyota’s reputation for making well-built, long-lasting cars and trucks is what should really matter.

The 2017 Toyota Tundra is a solid offering from a solid company. Inside the cabin, the Tundra’s controls are just a tad bit bigger, ostensibly geared for gloved drivers, but otherwise functional and easy to find and use. 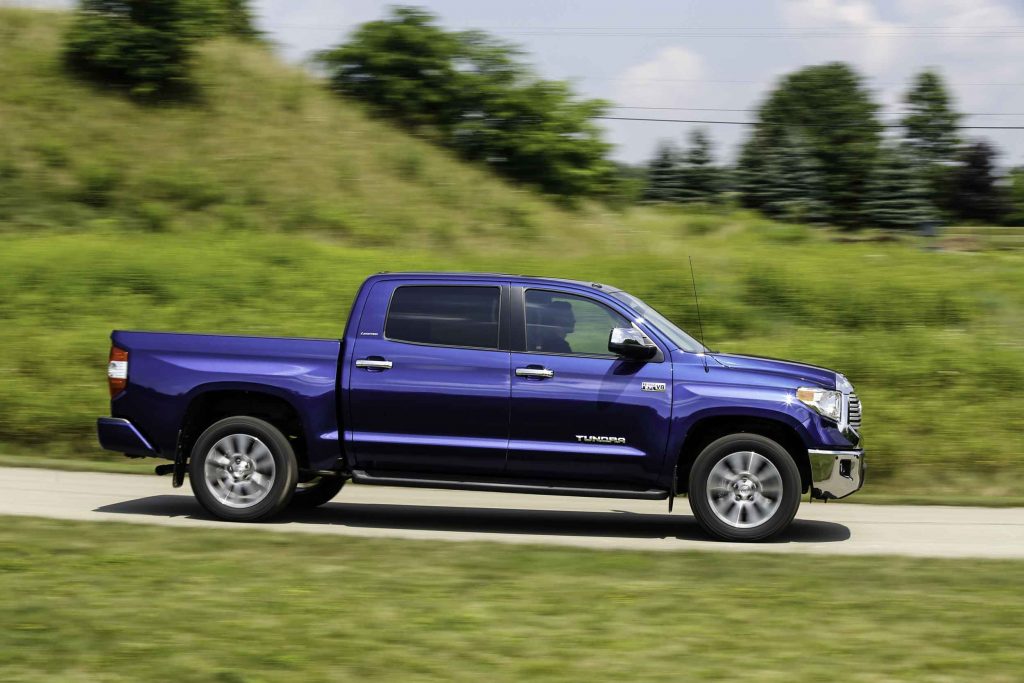 Toyota ditched the base V-6 engine as an option in 2015 and this year’s model base is a 4.6-liter V-8 notching 310 horsepower and 327 lb.-ft. of torque. This is more than serviceable, but does give pause when one considers that the base V-6s of Tundra’s rivals match these numbers—and have better fuel efficiency.

Where does this leave a potential Tundra buyer? Perhaps the answer was presented in our tester, equipped with a 5.7-liter V-8 engine rated at 381 hp and 401 lb.-ft. of torque. This engine brings the Tundra closer to contention with the likes of the Dodge Ram, but the Tundra’s V-8 flexes its power at higher revs, which leaves a lingering question mark over its performance. For what it’s worth, the Tundra engine does sound pretty powerful.

The Tundra’s 6-speed automatic transmission is responsive and shifts pretty well, although that may or may not make up for the fact that its rivals offer more gears. Directly because of this is the lag in fuel economy, which the EPA pegs at 13 city mpg, 17 highway and 15 combined. These number are paltrier than we’d like.

On a positive note, the Tundra’s trailer capacity of 10,400 pounds is impressive and it’s a breeze to drive in everyday traffic. Its steering may be just a notch less responsive as that of a Ram or Ford, but it holds its own with ride quality. 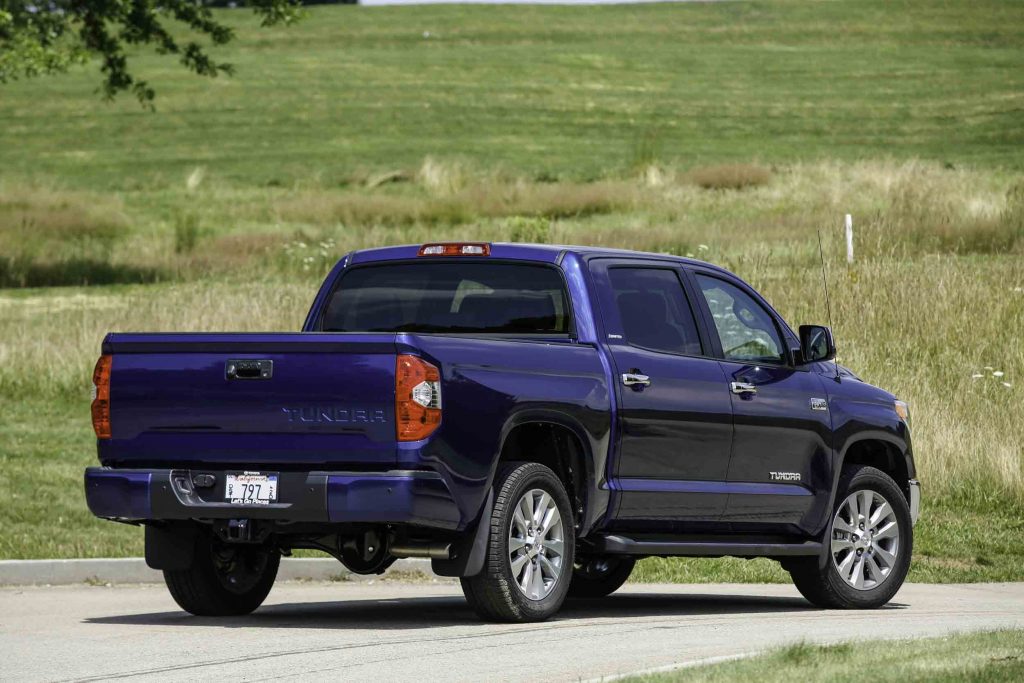 What we liked: The Tundra CrewMax’s V-8 engine is powerful and dependable, while the truck’s cabin is spacious and offers plenty of passenger room.

What we didn’t like: Fuel efficiency is on the low end of the truck spectrum and the Tundra is offered with few powertrain options.