Going green just became more comfortable than ever – the 2016 Toyota Prius Four is here. Toyota Prius brand has been synonymous with fuel efficiency all these years; the Prius Four takes things a step further, delivering a sophisticated ride, and quiet powertrain, enhancing your on-road experience, and so on. Here’s more on it…. 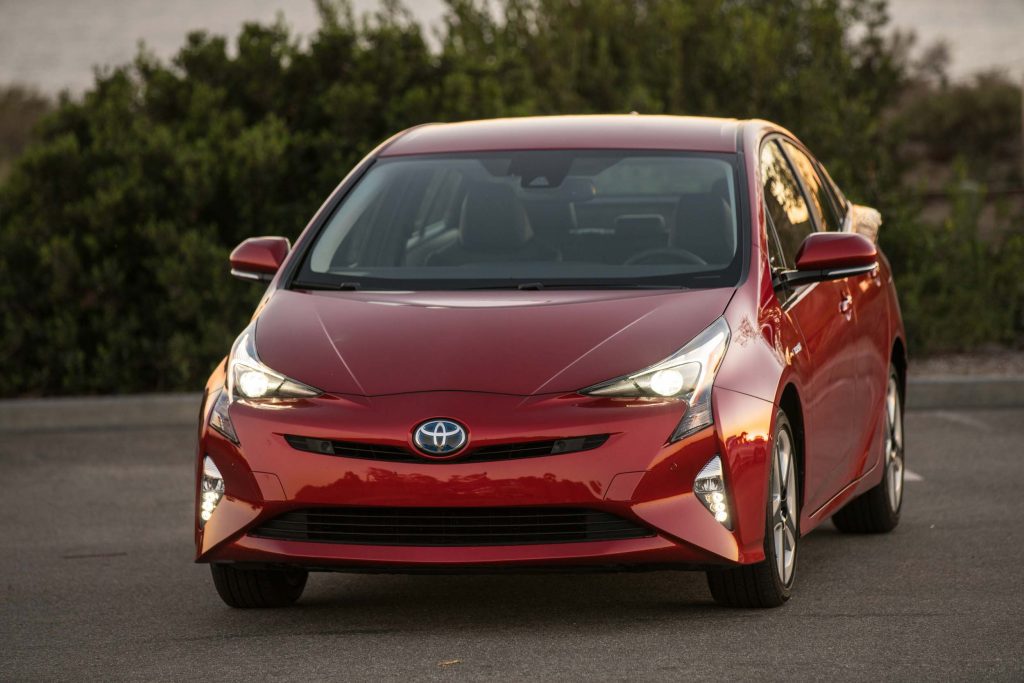 The front end of the 2016 Toyota Prius Four has a unique appearance that makes the vehicle instantly recognizable. The low, sleek nose, the swooping accent lines on both sides of the vehicle – these are standard for the Prius. However, the rear doors are where things start to get exciting. The solid, black roof pillar imparts a distinct look to the Prius, as do the two tails resembling commas flanking the rear hatch corners. Drivers won’t fail to turn heads on the road with the vivid Hypersonic Red color. 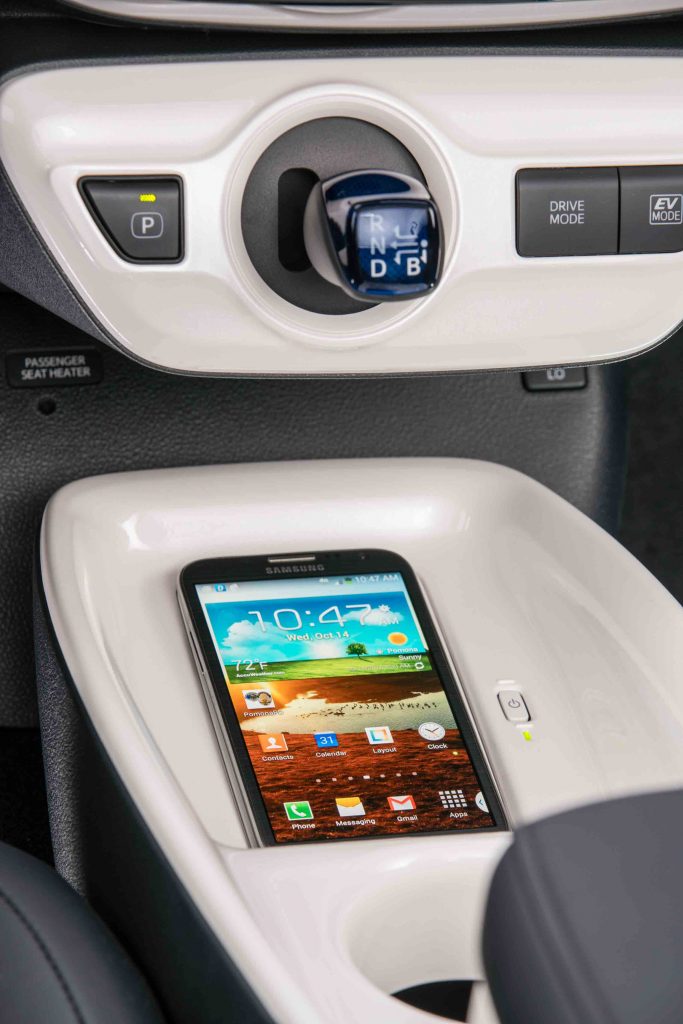 The Prius has always been considered a family vehicle – safe and reliable. However, with the new model, Toyota seems to be breaking the mold. The futuristic design is unlike anything we’ve seen before in a Prius. There is a console with a 7-inch HD display to satisfy your entertainment cravings. If that’s not all, Toyota’s added the Entune app suite for a more refined in-car multimedia experience.

The manufacturer has been thoughtful enough to keep the process of checking your car’s current condition super simple with the inclusion of a 4.2-inch multi-info display. You can customize the screens on the console to show any details you want, such as eco-savings record, hybrid system indicator, energy monitor etc. Pretty nifty, right? Moreover, for those of us who can’t go an hour without our smartphones, there’s a Qi wireless charger. 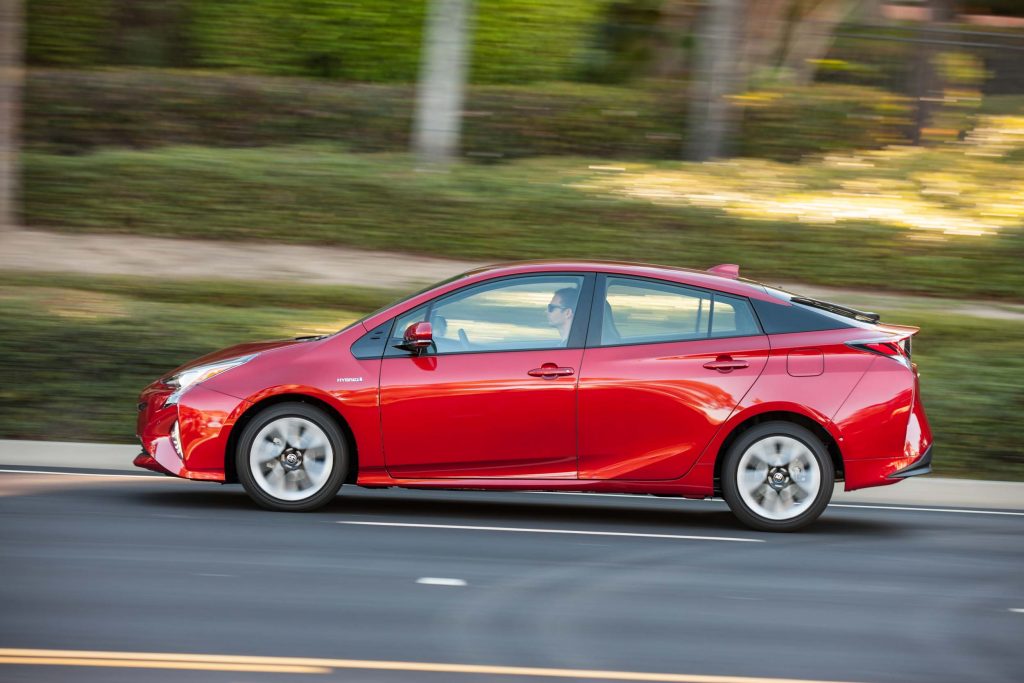 The EPA rates the hybrid at 50 on the highway and 54 in the city. It is the most fuel efficient plug-less car in the US today. Putting gas in your car is a tedious task. It takes time and energy, not to mention money. So, if you can reduce the time you spend doing this, it’s well worth switching to the Prius.

We tested the Prius, and were able to clock 50 mpg with some gentle driving and in decent weather conditions. It’s safe to say that any version of Prius should be able to deliver the 50 mpg mileage. However, if you’re looking for the best in terms of mileage, consider Prius Two, which delivers 58 mpg in city driving conditions. That is impressive! 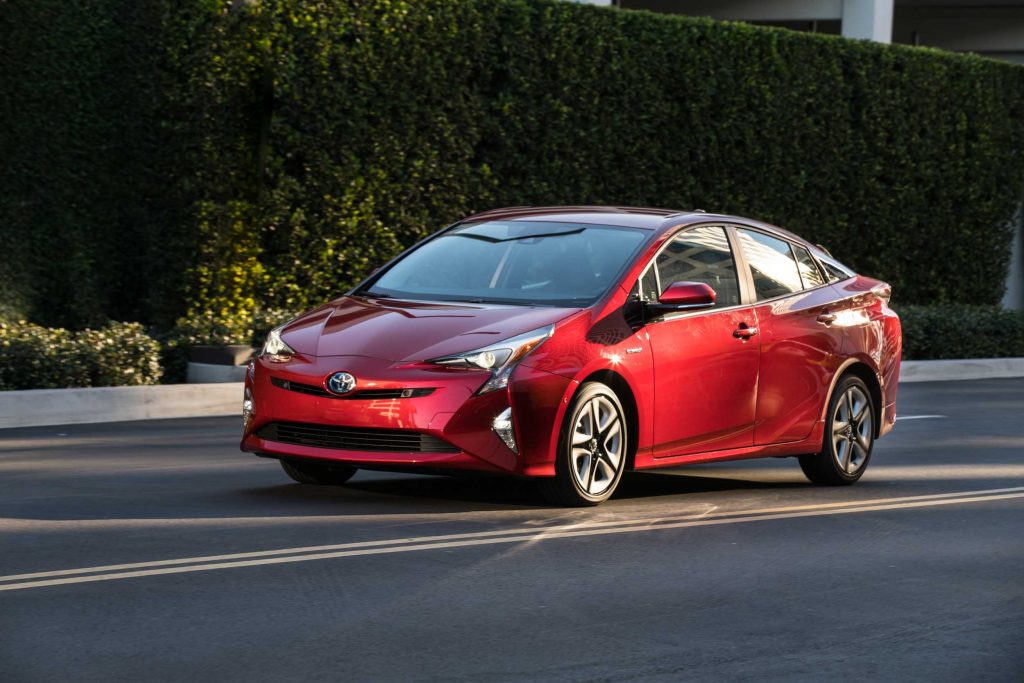 The new Prius makes optimum utilization of gasoline and electric power, which translates into a seamless on-road performance. The car comes with a new age power-train, and retains its legacy 1.8-liter inline-4 operating on an Atkinson cycle that’s noted for fuel efficiency. The front wheels are driven by Toyota’s latest two-motor hybrid system.

At 95 hp and 105 lb.-ft, that’s a lot of torque – enough to hitch an entire trailer. When you factor in the electric motor, the overall power comes to 121 hp. Not everybody will require this much power, but it’s a welcome addition nonetheless. The EV mode of the vehicle has limited range, and the highest speed you can attain is 25 mph. Nothing to write home about, but not too shabby either.

Prius loyalists will be thrilled to see that Toyota has stepped up its game when it comes to handling. No longer do you have to struggle with maneuvering tight corners and quick transitions. Toyota has wisely incorporated their star safety system into all the models. This includes the Toyota Safety Sense P, a comprehensive security feature that will make driving stress-free. Reap the benefits of advanced technology, such as pre-collision mechanisms, pedestrian detection, steering assist, auto high beams, among others.

There are several options on the menu for this vehicle. You can choose from among the Advanced Technology Package and the Premium Convenience Package. 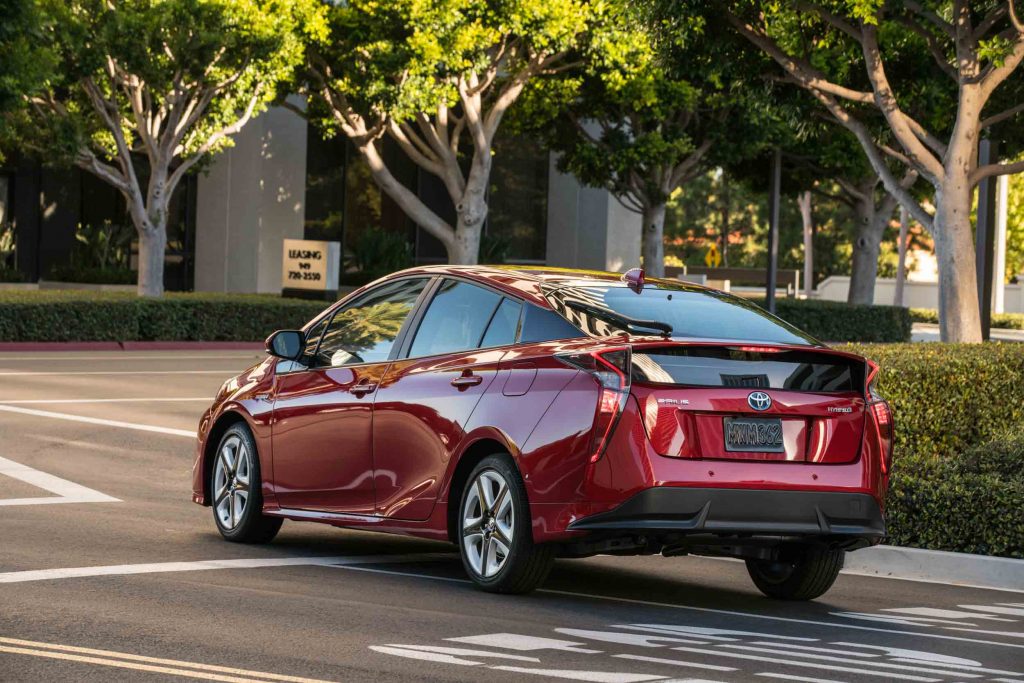 The base price for this trendy, eco-friendly vehicle is $28,650. If you flip the switch for the packages mentioned above and the new color scheme, expect to spend about $33,884. That’s not much when you think about all the money you’re going to save on gas in the long run!

Fuel efficiency is something that every driver desires in a vehicle, and the new Toyota Prius delivers this in spades. Sure, the Prius isn’t the best-looking vehicle out there and there’s still a lot to be desired design-wise. But, it’s the most fuel-efficient car in the market without the plug. Thinking about taking a long trip? You no longer have to worry about fuel. The more you drive, the more you save – that’s the Prius mantra!

There are several options available to buyers in the midsize sedans category, but the one that’s making the most waves in the industry right now is the Chevrolet Malibu Hybrid. A good combination of efficiency, safety, and seamless connectivity, Chevy has managed to produce a fine vehicle, packed with a 1.8-liter gasoline engine providing 47 mpg. There are tons of features to help you get the most out of each gallon. The first full-hybrid Malibu drives very smoothly and pays attention to the safety of its passengers, something that other mid-sized hybrids don’t really bother much with.

If you’re looking for a 5-door hatchback hybrid model, it’s a marvelous idea to go for the Ford C-Max. Rated at 40 mpg, similar to the Lexus CT 200h, the C-Max towers over the Prius. It’s has a better interior and offers more power as well. You’ll be able to find a plug-in version of this automobile – the C-Max Energi. On the other hand, the CT 200h from Lexus suffers from less space, but it more than makes up for it with luxurious interior and exquisite features. There’s also a sports mode for people who like a little thrill in their lives every now and then.

The Prius V is another strong contender that offers 42 mpg. It has a more spacious interior for people and cargo which makes it ideal for families and people with lots of friends.

Last, but not the least, is the Chevy Volt. This vehicle also comes with 42 mpg combined. Where this car shines is its electrical performance – it can run for an impressive 53 miles just on electricity. It’s also quieter, smoother, and the interiors are a step-above the Prius. However, better quality comes at a “better” price, in this case $10,000 more than the Prius.

The Prius is able to achieve 50 mpg and who likes to spend more time at the pump? The design is impressive and polarizing. This car handles well and the ride is friendly.

The options and trim levels are somewhat ambiguous. There is also serious competition from other electric car manufactures and every one of those electric vehicles has strong merits as well.

The final decision lies in your hands. Choose wisely!