As an automotive reviewer I’m supposed to be critical. Sometimes it’s easier or harder to be critical, based upon what I’m driving. This week, I needed to go searching for my fine tooth comb and a magnifying glass in order to find things to be critical of.

My tester this week is the 2015 Nissan Murano SL, which has been completely redesigned for this model year. And what an incredible redesign it is.

Every year I go to the Detroit Show I study each carmakers concept vehicles to look for hints of design features to come. For several years, I’ve left impressed with what Nissan/Infiniti have conceptualized and now it’s starting to show in their vehicle updates. Case in point, the 2015 Murano. 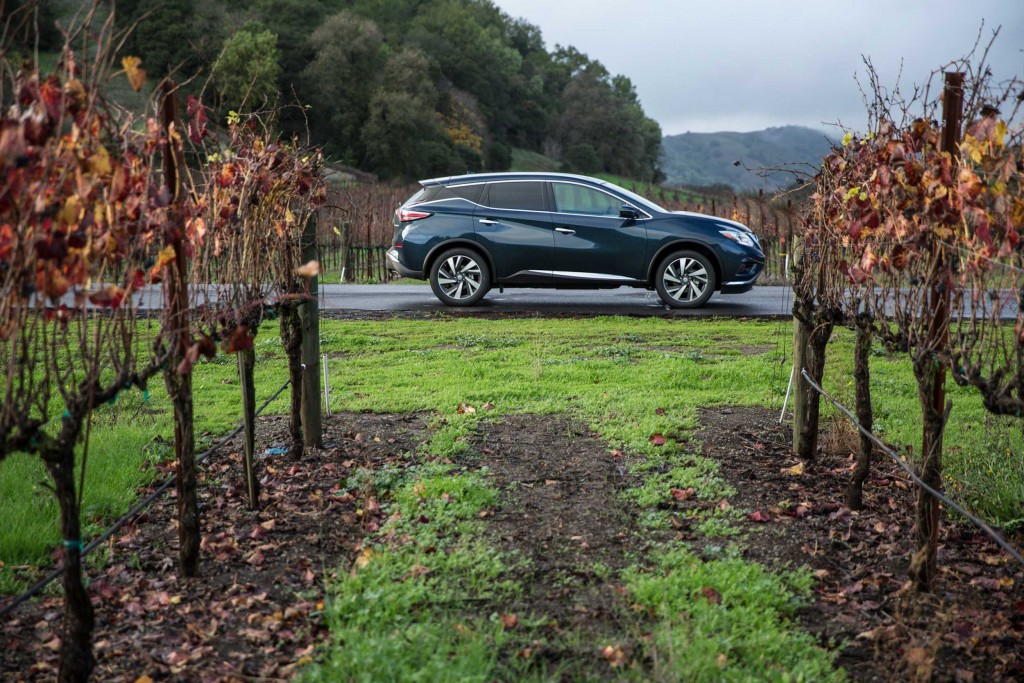 The exterior is bold, brash and absolutely the best-looking crossover on the market. Slashed, sharp lines are pervasive on the front end and especially the back end. Swoopy lines on the side panels flow perfectly from front to back. The back end slopes well down from the C-pillar and the styling juts right into the rear tail lights, giving them a winged, distinctive look. When styling a vehicle, I look for distinction and the Murano has plenty of that to go around.

If all that weren’t enough, the “floating roof line” concept gives the Murano the look as if the back end is only supported by glass (it’s not, but it’s a great illusion). On styling alone, the Murano is exciting and vibrant, something not necessarily common in the crossover segment. 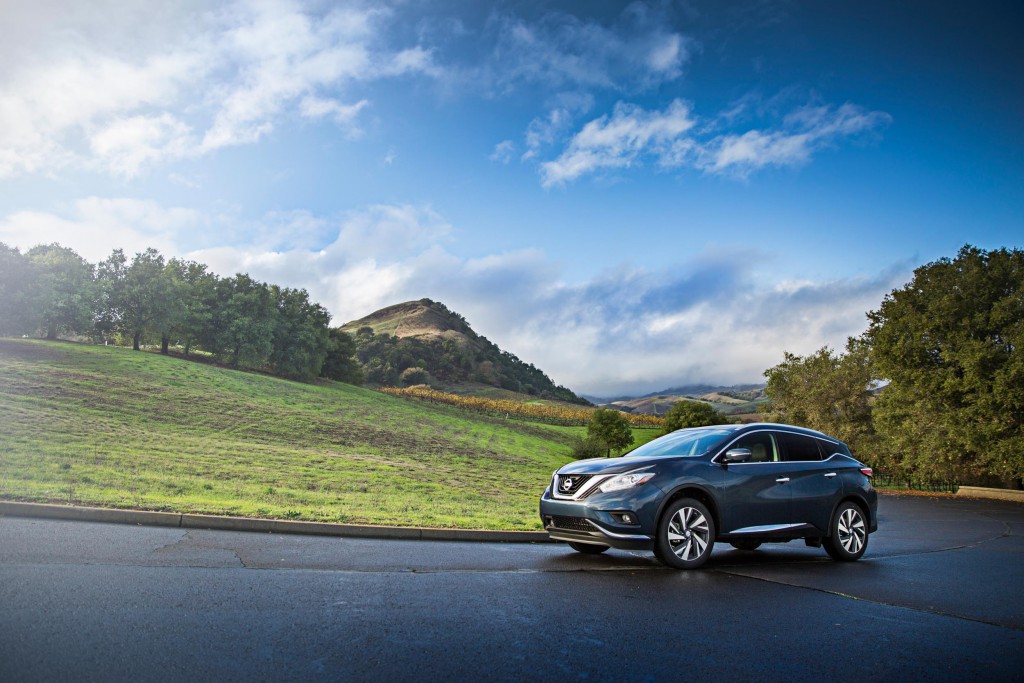 Using my fine tooth comb, I unveil one area I wish there was some improvement to. The Murano only comes with one engine option. Many similar crossovers have at least one four-cylinder engine along with a V-6 engine. The Murano is powered by a V-6 engine only. It’s a strong performer and I liked the mix of power and refinement. However, it’d be nice to see if Nissan could drop a turbocharged four cylinder in the Murano to get better fuel economy and more power output.

As such, the Murano has adequate power. The 3.5-liter V-6 engine makes 260 horsepower and 240 lb.-ft. of torque. Those numbers seem like they could or should be bigger. But after driving the Murano it feels well powered. It’s quick (not fast) off the line and gets to speed rapidly. There’s a continuously variable transmission (CVT) to help with acceleration.

Those who read me regularly know my disdain for CVTs generally, but you know I really like a vehicle when I praise a CVT, but that’s just what I’m going to do. The transmission is smooth and efficient and major kudos to Nissan’s engineer for tuning this CVT so well.

My tester came with all-wheel drive, which is the way I like the Murano the best. 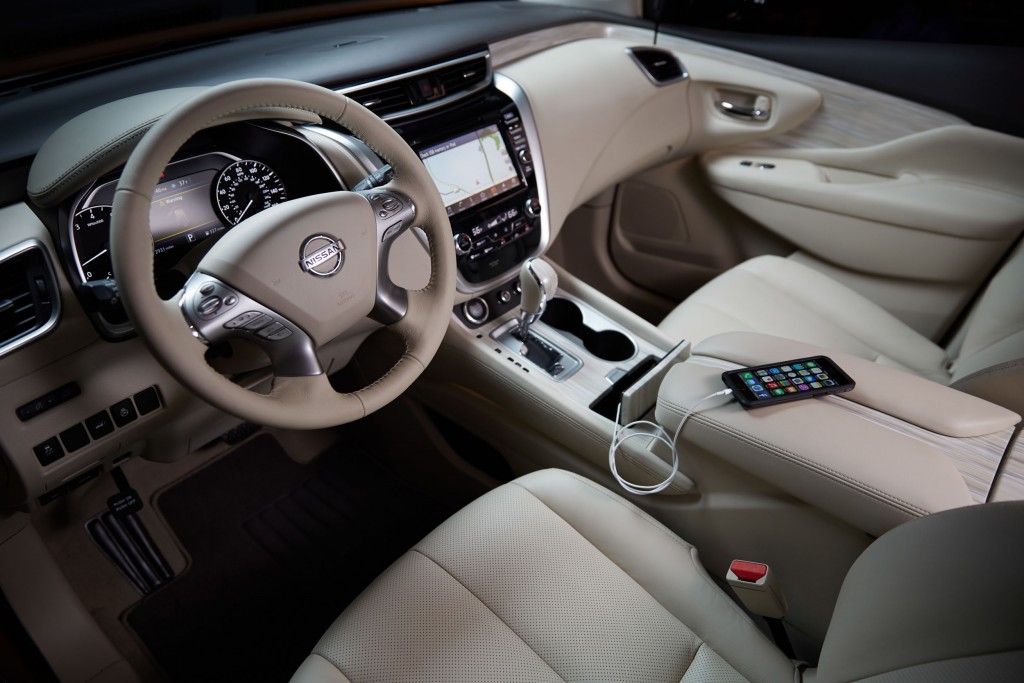 Inside, the Murano is special. If you squint your eyes, you almost can be convinced you’re in an Infiniti instead. The lavishly appointed Murano shows off an all-new, redesigned interior that takes it to the top of the segment. Wood-like trim flows throughout tying the interior together. My tester had a light colored interior which gave it an elegant look, especially with the wood-like trim. The rest of the dash and materials are soft.

Nissan introduced a new concept in seating called Zero-Gravity Seats a few years ago. Those seats claim to conform to your body and be extra supportive of the back. As someone who suffers from a very bad back, I am always interested in comfortable seating. While I think Nissan overhypes the seats a little, the Zero-Gravity Seats in the Murano are extremely comfortable. They’re as comfy as any crossover on the market, including luxury brands. (Again with my fine tooth comb) It took me several adjustments and pulls on the power seating knobs to find the sweet spot, but after that it was indeed comforting for an achy back. 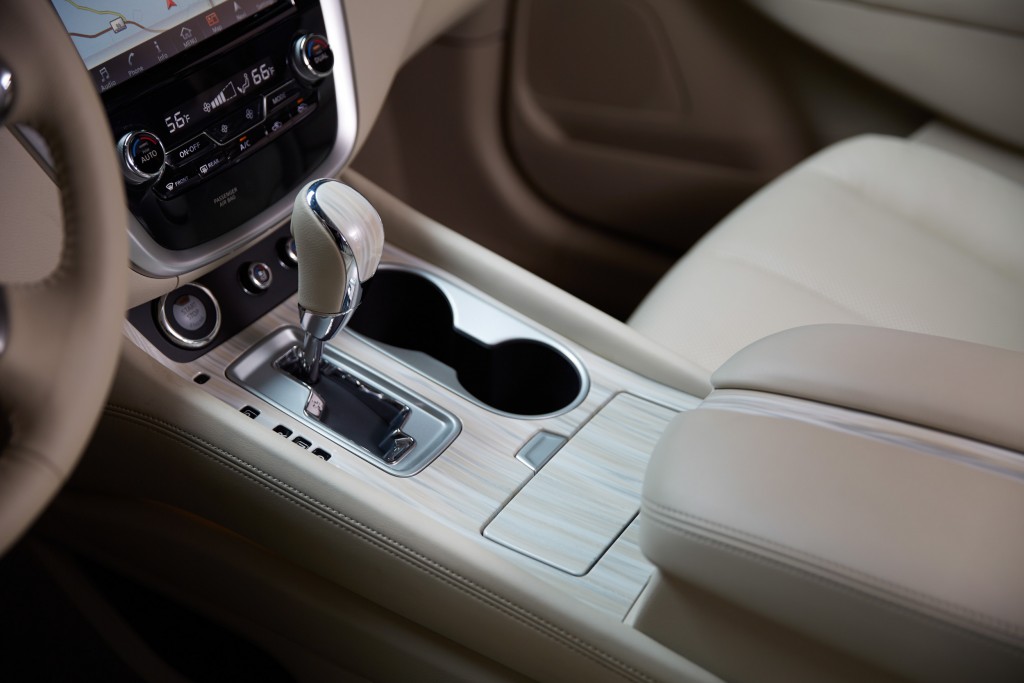 There are four trim levels for the Murano – the S, SV, SL and Platinum trims. My tester was the SL trim, which brings with the Bose audio sound system, heated front seats, ambient interior lighting, 360-degree parking camera, a power liftgate and blind spot monitors. My tester also came with the optional panoramic sunroof, which truly does ensconce the vehicle with natural lighting. This is part of the Technology Package which also has adaptive cruise control and forward collision warning system.

Base price of the Murano SL is $38,550. With the added package, my tester had a final price of $41,995. That’s a bigger price tag than some of its competitors, although the base trim can be had for the low $30s.

Fuel economy for either the front-wheel drive or all-wheel drive is the same, so why not get the AWD version for added grip and security during inclement weather. The Murano has an EPA estimate of 21 mpg/city and 28 mpg/hwy. In a week’s worth of mixed driving, I averaged almost 25 mpg. For a spacious, comfortable and luxurious five-passenger crossover, I’ll take 25 mpg!

As I cycle through the end of my 2015 vehicles and transition toward the next model year, the 2015 Murano was a great way to finish out the year. Without a doubt it will make my top 10 list of favorite vehicles from this model year and probably be in the top five. It’s that good! Nissan is a brand that’s putting out attractive and capable vehicles with mass appeal.

Written By
Jimmy Dinsmore
More from Jimmy Dinsmore
I’ve been asked before where carmakers come up with the names of...
Read More
0 replies on “2015 Nissan Murano SL”