Why would Toyota make drastic changes to the best selling family sedan in the United States, especially when they had just redesigned the Toyota Camry three years ago? The simple answer is because they can. And they needed to.

In the ultra-competitive midsize car market, the Camry is king. As the best-selling car in America for 12 years in a row, Toyota has focused more on some of their other models in their fleet.

You can’t consider this model year a redesign, but it’s certainly a major overhaul. The 2015 Camry has all new exterior looks, improved interior and reengineered drive quality. 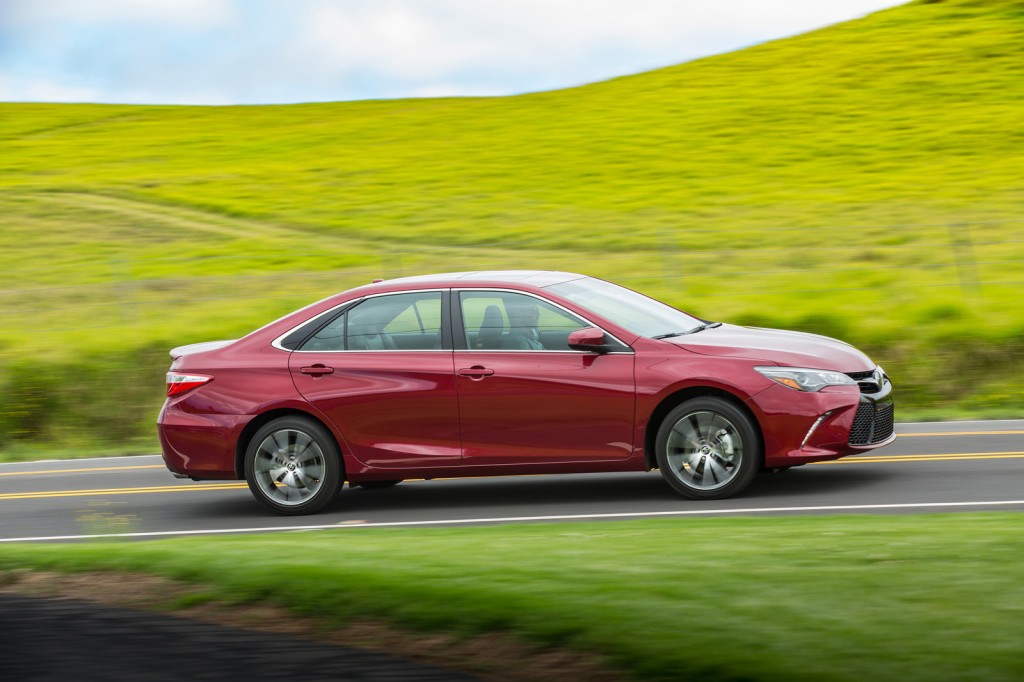 On looks, the Camry shakes off its safe, conservative appearance for a more updated, flashy look. The entire front end looks significantly different than any other previous Camry. The grille is bigger offering a more luxurious look. But perhaps the most significant external change is in the Camry’s side profile.

Instead of the flat, dull profile of previous generations of Camrys, the 2015 version has chiseled flare. Even the back end flows more congruently with the overall appearance. In short, the appearance of the 2015 Toyota Camry is significantly better than it’s been in a long time. 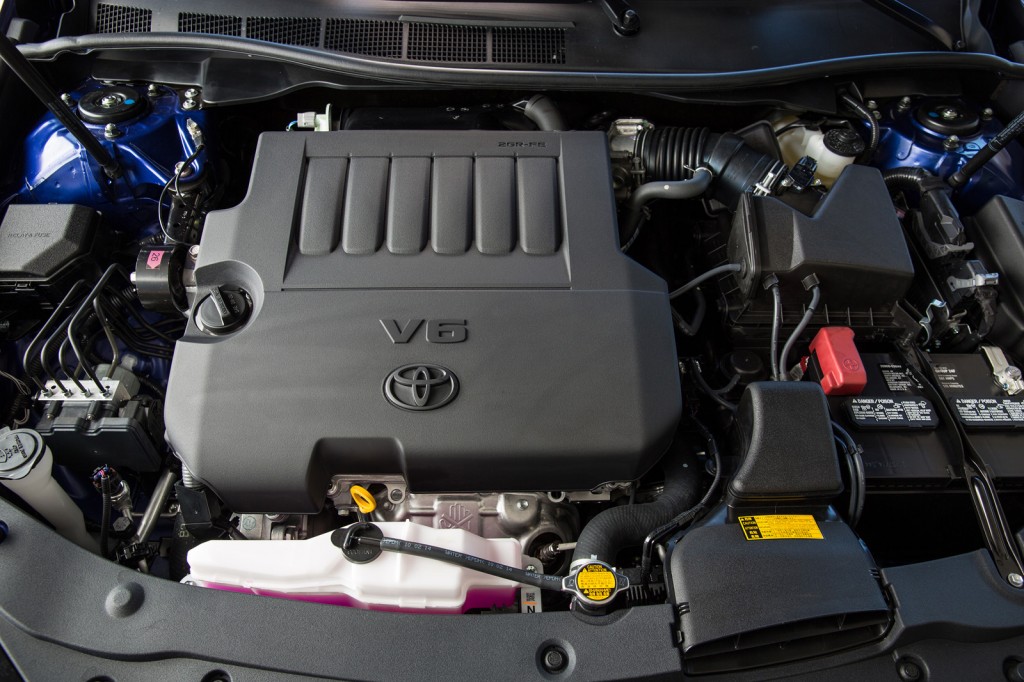 While the engine hasn’t been changed (which is why it can’t be called a redesign), other subtle differences have been made to improve the way the Camry performs on the road. My tester was the 2015 Toyota Camry XSE with the V-6 engine. The 3.5-liter engine makes 268 horsepower. The standard 4-cylinder engine for most of the Camry trims makes 178 horsepower. I have to say that I was quite impressed with the power of my tester. I had driven a V-6 Camry a few years ago, but this one felt different. It felt sportier, more prepared for a fun driving experience. Previous Camrys were more bland, not the case at all here.

The XSE trim is a brand-new trim option for the Camry. And with that comes the sportiest offering from Camry. 18-inch wheels, a sport-tuned suspension and changes to the exterior aerodynamics turn the Camry from conservative sedan to sporty, refined performance.

That refinement carries over to the interior, an area that Toyota has often overlooked. Noticeable improvements have been made to interior across the board. Each trim has interior material improvements. In addition to comfort, these upgrades give the Camry a feeling of luxury it hasn’t had in a while, as well a nice quiet ride. This is the nicest interior I’ve seen in a Toyota car, outside of the Avalon.

The spacious back seat is comfortable for adults of all sizes. Camry has always been roomy, and that hasn’t changed with the design changes. The trunk offers 15.4 cubic feet of space. 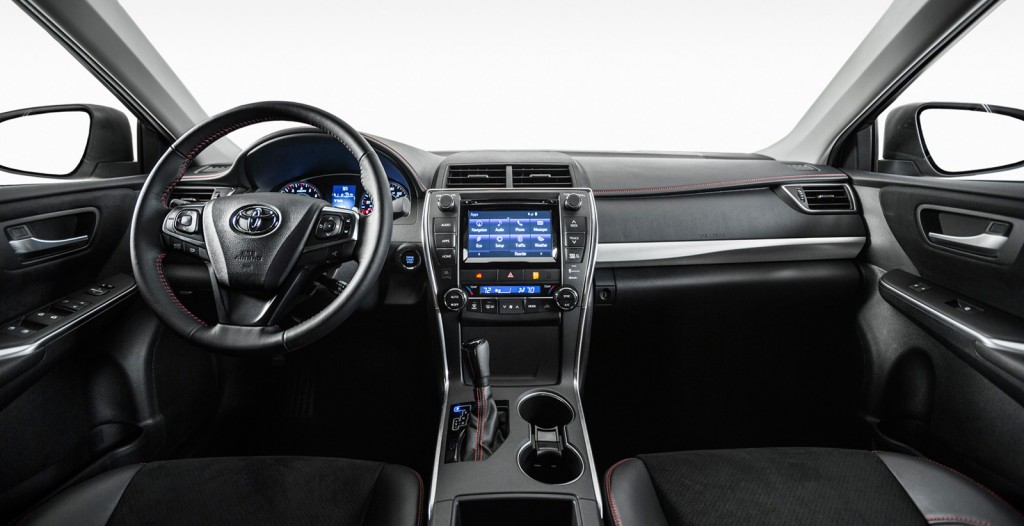 Other subtle interior improvements include the presentation of the center stack. It’s cleaner, with bigger buttons that give the entire infotainment system a more intuitive vibe. While it still uses Toyota’s Entune system, the way everything is organized is neater, bigger and just better.

There are four trim offerings for the Camry starting with the base LE, then the SE, the brand new XSE trim and the top-of-the-line XLE trim. My tester was the XSE trim, which is a new trim offering for the Camry. This sporty trim has a base price of $31,370. With other amenities like blind-spot monitors, collision alert system, adaptive cruise control as well as an upgraded audio system, my tester had a final MSRP of $35,768.

While that price is steep for a midsize family sedan, many of the features that make this Camry better are still there on the more affordable trims. For example, the LE trim has a starting MSRP of $22,970.

Fuel economy for the 4-cylinder engine is 25 mpg/city and 35 mpg/hwy while the more powerful V-6 has an EPA rating of 21 mpg/city and 31 mpg/hwy. 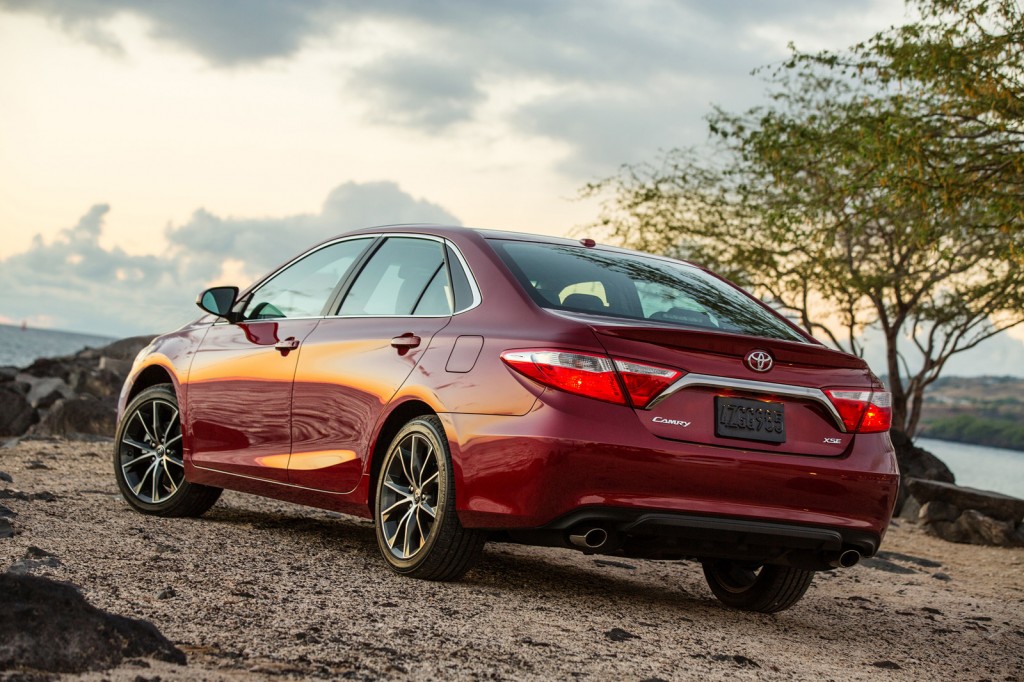 There is also a Camry hybrid available, for those who are looking for maximum fuel efficiency.

I can’t say enough about the improvements Toyota has made to the 2015 Camry. They took a boring car and injected excitement and refinement into it. Now Camry has raised the bar for all the other competitors looking to take its crown as the top seller in the segment. Judging from what I saw with my tester, that crown isn’t going anywhere.

Written By
Jimmy Dinsmore
More from Jimmy Dinsmore
There’s a trend in the luxury car market that is great for...
Read More
0 replies on “2015 Toyota Camry XSE”