Audi is trolling me this year. They have given me some wild cars lately and I’ve had the pleasure of driving the wheels off of each of them for a week, at the culmination of which I had to return them. Don’t get me wrong, I enjoy my line of work but it always shows me what I cannot have. So, Audi has given me the S5, S8, A7 TDI, S3 and the latest Audi to grace my driveway; the 2015 S5. Yes, this is the second S5 in my stable but this one is equipped with the S-Tronic transmission, which is Audi speak for a dual-clutch gearbox.

Apart from the gearbox and the wheel options, the previous S5 and this test car are virtually the same so discussing the interior and exterior would be a waste of a whole article. Suffice it to say that the interior is exactly the same as the last S5 I have driven. The main focus of this article will be the S-Tronic gearbox. The highs and lows will be discussed here. 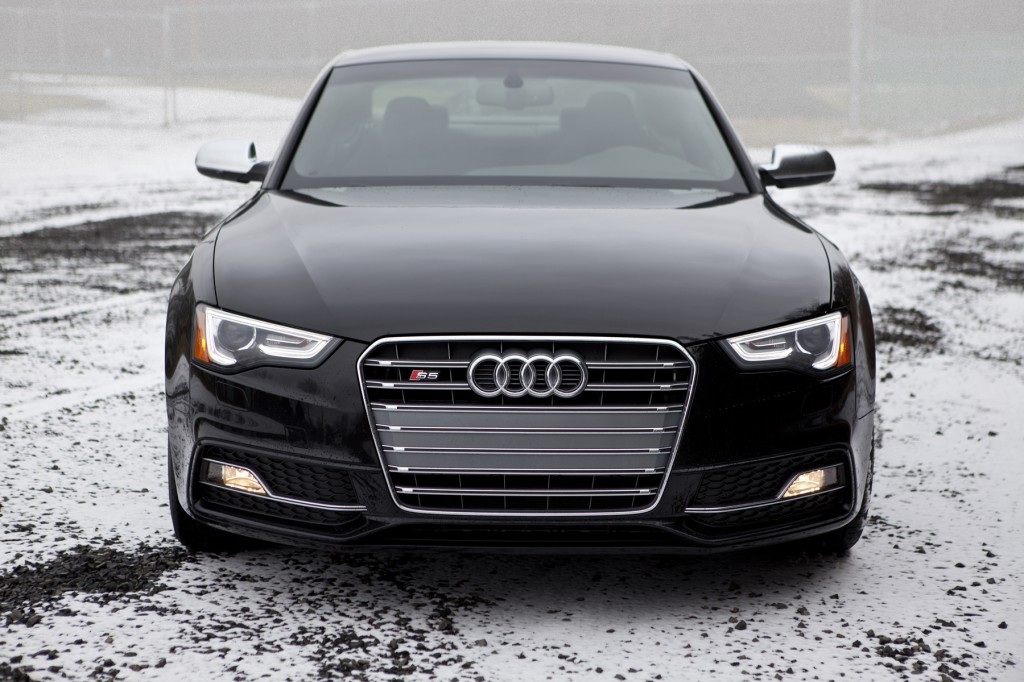 The seven-speed S-tronic transmission is as smooth as butter. The shifts in either direction are quick, precise and virtually imperceptible. Down shifts are of the throttle blipped variety and the upshifts provide a burble of the exhaust which always puts a smile on my face. The best part is that even in Comfort mode, you are treated to this enjoyment. Switching the car into Dynamic mode allows for faster shifts which can be controlled through the steering wheel mounted paddles.

THE NOT AS GOOD 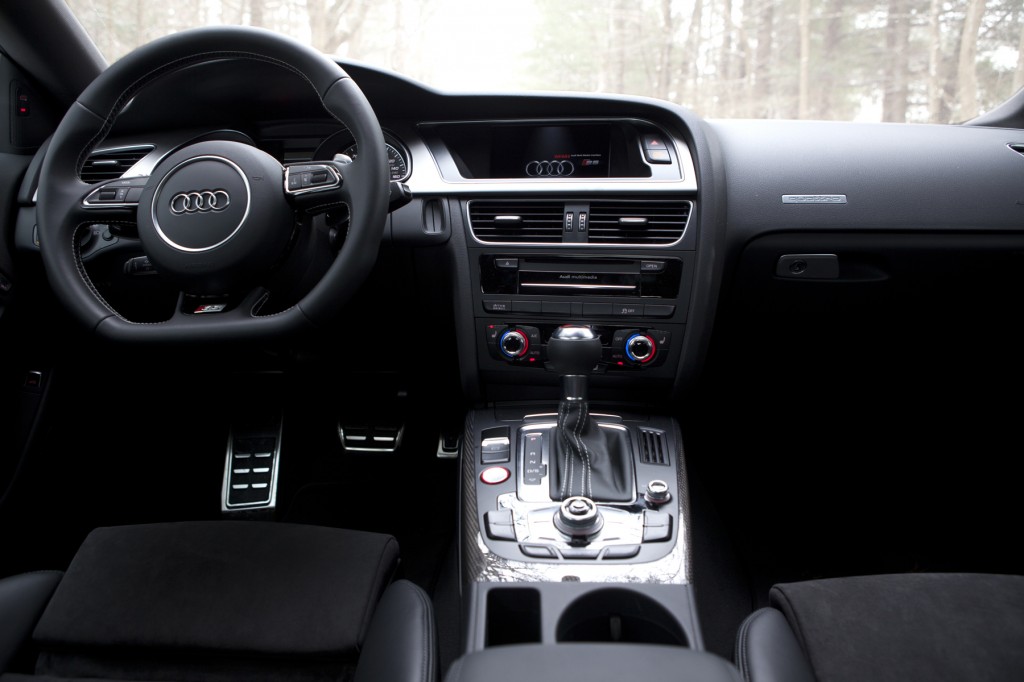 The transmission won’t hold gears in Dynamic mode. Much like the S3, the gearbox will shift as soon as it gets close to the engine’s redline and didn’t hold gears on a couple corners or on launches. If you are a die-hard driver, chances are you would have gone with the manual gearbox, but if you were forced to choose this option, you could be annoyed by this. I have always felt that in cars that are given this option of a dual-clutch gearbox that the sportiest setting be left to the driver’s control. But, this shouldn’t be a deal breaker for most of the people who buy the S5 though. 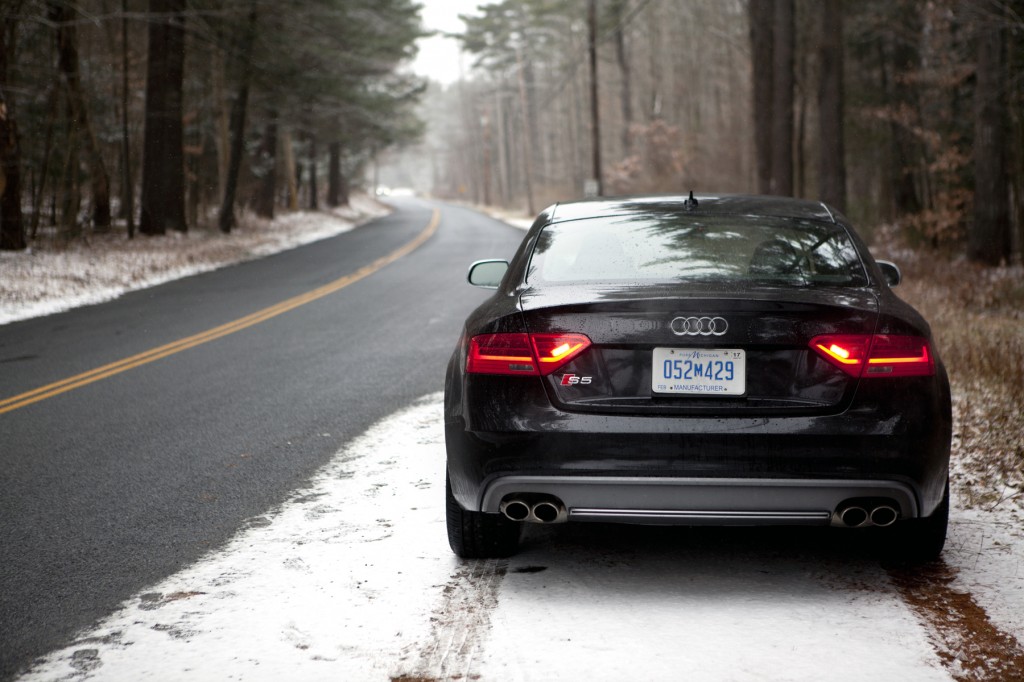 The S5 is still powered by a 3.0L V6 that is supercharged. Don’t let the T on the badge fool you, it is not turbocharged. The supercharged six is a fantastic engine. With 333 horsepower between 5,500 RPM and 6,500 RPM and 325 lb.-ft. of torque on tap from 2,900 RPM to 5,300 RPM, there is plenty of power to send to the ground via all four wheels. Wheel slip is virtually undetectable on hard launches as car rockets to triple digit speeds. 0-60 comes in under 5 seconds with the top speed limited to 155MPH.

The Dynamic engine settings allow the car to bellow as loud as its exhaust will let it. The sonorous music emanating from the rear of the car is partly filtered out by the quiet cabin but it sounds glorious from the outside. It isn’t an ear piercing wail but more of a smooth rumble as it drives by. It is something that you can enjoy every day and never get tired of hearing.

The suspension does a good job soaking up bumps in the road and keeping the car relatively flat in the corners. The optioned sports differential helps adjust the torque between the rear wheels to help the rear rotate. Still, the 3,858lb coupe will understeer. The majority of the driveline weight resides over the front axle (even a little ahead of it) which is the cause of this understeer. The 18” wheels with the 245-40 Summer tires did well to grip the road but I feel that the sidewall allowed for more body roll than I would have liked because you can hear them squealing for grip when hustled hard.

Luckily for me, it snowed the night before the photo-shoot. That morning, I was able to take off all the training wheels and take the car for a spin in its element. This car may look cumbersome going around tight switchbacks but it dances elegantly on snow-covered roads. To many Audi owners, this isn’t news but for me, it was a revelation. Especially hard launches in snow result with broad grins and a snow storm kicked up by all four tires as they struggle for grip.

Much like the manual counterpart, the S5 does very well in town. The ample torque just pulls the car along effortlessly. Even on the highway, the car just cruises along and eats up the road. The EPA rates this car at 18MPG City/28MPG Highway with a combined rating of 21MPG. I have a bone to pick with the EPA tests because with the car in my hands, I was able to get the highway rating of 28 in town rather easily while maintaining traffic speeds with light take offs from stop lights. Even on the highway, I was able to get the car up to 30+MPG. Much of the credit must be given to the 7-speed S-Tronic and its quick shifting but also to the torque of the big coupe. Despite the weight and power, the car is quite the fuel miser.

For $59,325 the S5 S-Tronic is one of the nicest looking, nicest riding, and most accommodating coupes on the market. Granted, my tester came with the options of the Technology package, sports differential and the carbon fiber atlas inlays, all of which added to the base price of $53,900 plus the destination charge of $925. As I said before, this price may be a deterrent to some of us, but for what the car offers in smiles, comfort, performance and luxury, it is hard to look elsewhere for something that comes as good as this. Audi, I’ll have mine in white with the red interior and the manual gearbox!