Where were you 25 years ago? In 1989 I was a sophomore in high school. Ronald Reagan was President of the United States, the hairstyles were big and a little Japanese carmaker launched a roadster named the Miata.

25 years later and the Miata (also known as the MX-5) is still going strong! I was able to test out the Miata for its silver anniversary year and mercifully the weather cooperated to fully enjoy its fun, convertible ways.

The Mazda Miata is a legendary car. Famous for its whimsical styling, but sporty fun-to-drive performance, this latest model certainly hasn’t forgotten where it came from and holds onto those same traits, all these years later. 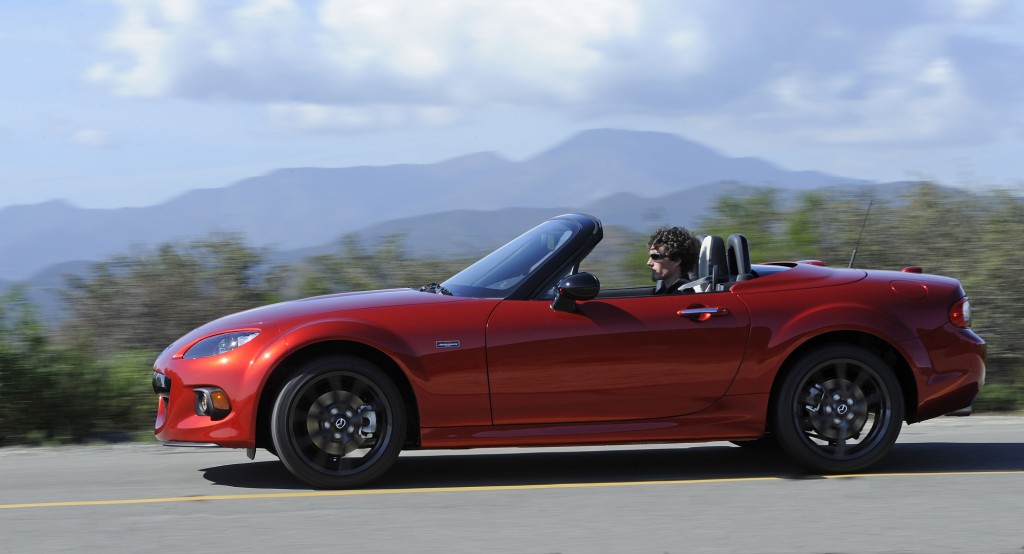 The two-seater hard-top convertible has simple looks. But don’t mistake simple for plain. The diminutive roadster has enough going for it, both in looks and performance to inspire a healthy dose of excitement for driver and passenger.

Once you drop that top, the fun is about to begin.

The Miata has one of the easiest processes of any convertible for dropping the top. And once you drop that top, the fun is about to begin.

The 2.0-liter 4-cylinder engine may seem underwhelming when looking at its numbers. But the 167 horsepower and 158 lb.-ft. of torque outperform those numbers. Perhaps it’s the squatty, close-to-the ground athletic build of the Miata that boosts the drive performance from ho hum to fun. With nearly a 50/50 weight distribution, the Miata offers an amazing driving experience. You feel the road. You hug the corners. You’re driving on the open road with the wind in your hair. You’re actually enjoying driving! You’re looking forward to it. You’re holding back the shouts of “wee!!” 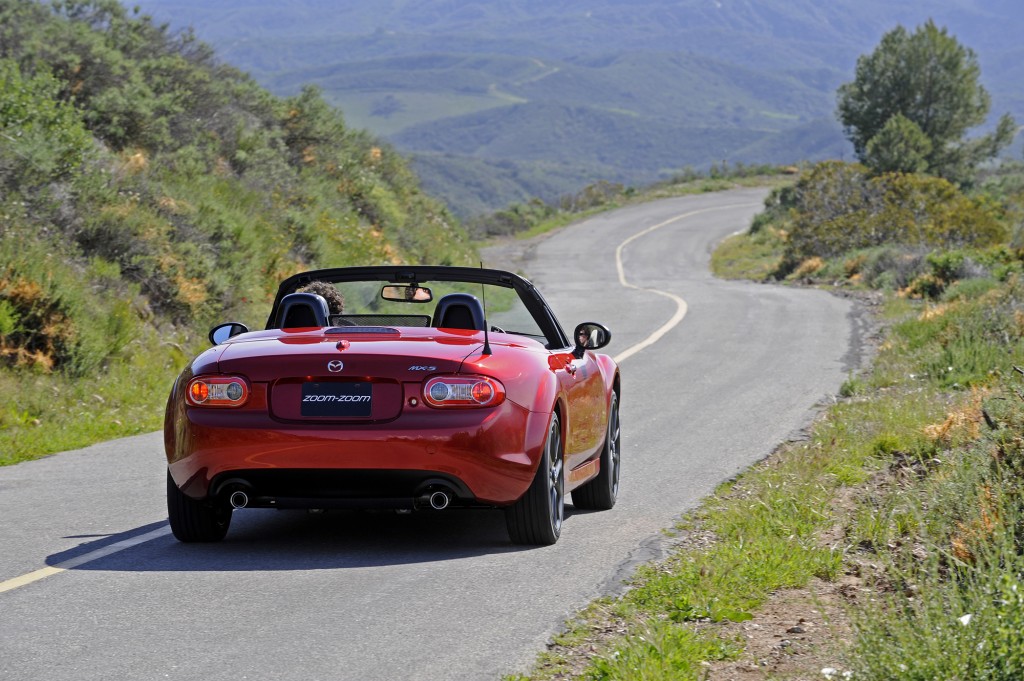 Therein lies the charm of the Miata and what’s sustained it for 25 years. The rear-while drive roadster is fun and reminiscent of the days when you’d take a Sunday drive or go for a romantic cruise with your loved one.

Inside space is at a premium. Larger people will be cramped in either the driver seat or passenger seat. Anyone over six-feet tall will definitely prefer the Miata with the top down, than with the top up. And with that top up, the Miata is less enjoyable. Road noise permeates the cabin and nasty blind spots require extra caution.

But, the Miata is a convertible and is best talked about (and thus reviewed) in its topless form.

The Miata is a convertible and is best talked about (and thus reviewed) in its topless form.

For such a small car, the Miata has average fuel economy. With an EPA rating of 21 mpg/city and 28 mpg/hwy, the hard-top MX-5 averaged almost 23 mpg in a week’s worth of driving. My tester came with the 6-speed automatic transmission, but the soft top with the manual transmission offers slightly better fuel economy. 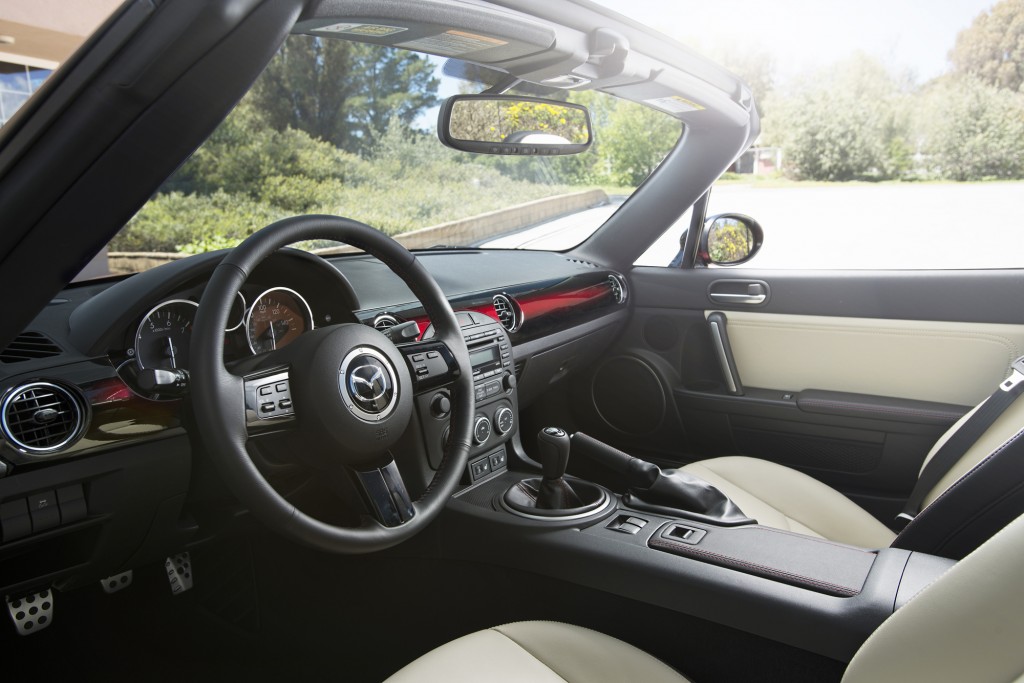 The other major appeal for the Miata is its affordable price. When it was launched in 1989 it was an affordable alternative to some of the more expensive European roadsters. To date, the Miata is ranked in the Guinness Book of World Records as the best-selling two-seat roadster with more than 900,000 produced through the years.

When it was launched in 1989 it was an affordable alternative to some of the more expensive European roadsters.

And, judging from the photos that have been leaked of the 2016 Miata, the next 25 years look like they could be just as remarkable!