Luca Cordero di Montezemolo joined Ferrari as an assistant to the legend himself, Enzo Ferrari. Within two years Montezemolo was managing the Formula One team and even put the famed Niki Lauda in a world championship car. By 1991 Montezemolo was chairman of Ferrari and with his obsession with Formula One V-12 engines the Ferrari F50 was born in 1995. This was considered the first great road car in the voluptuous career of Montezemolo.

Yet, early Wednesday September 10th, Luca Cordero di Montezemolo and Ferrari announced that they will part ways after 23 years. Montezemolo became increasingly upset at the state of Ferrari’s F1 team as they have not won a Grand Prix Championship in over a year. In addition, Ferrari’s partnership with Fiat became frustrating for Montezemolo as the two parties had very different visions for the Italian supercar company. Montezemolo wanted Ferrari to remain autonomous and limit sales to about 7,000 cars per year in order to preserve the brand’s exclusive allure. While Fiat desires to expand Ferrari into the luxury car market in order to better compete with VW Group’s Lamborghini or Bugatti.

Nonetheless, Fiat and Ferrari are forever grateful for Montezemolo’s strong work ethic, passion for the brand and dedication. As a result Montezemolo was given a very generous severance package worth $34.7 million to be paid over the next 20 years. This severance package does come with an asterisk…Montezemolo is not permitted to engage in activities in competition of the Fiat Group until March of 2017. Regardless of his absence from the supercar and F1 business I don’t think we have seen the last of Montezemolo.

In honor of his legacy here are the 10 best Ferraris from the Montezemolo era: 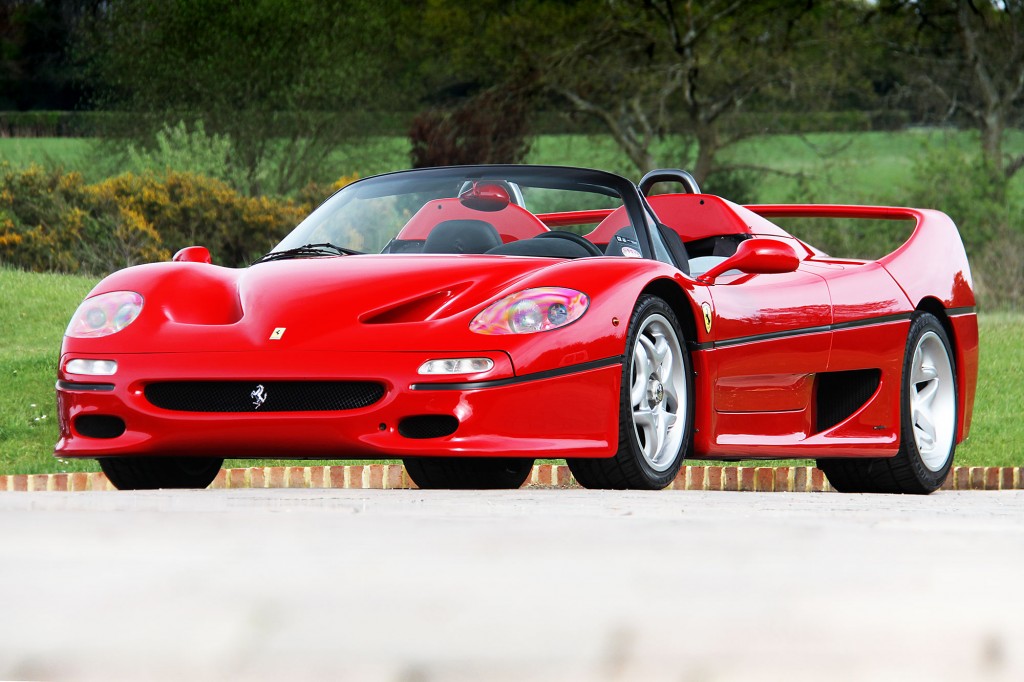 With a limited production of just 349 alongside the staple mid-engined V-12 from an F1 car and drop-dead super car looks; the F50 is an icon. This car deserves to be top on the list due in part that this was Montezemolo’s first go at a road car…and what a car! 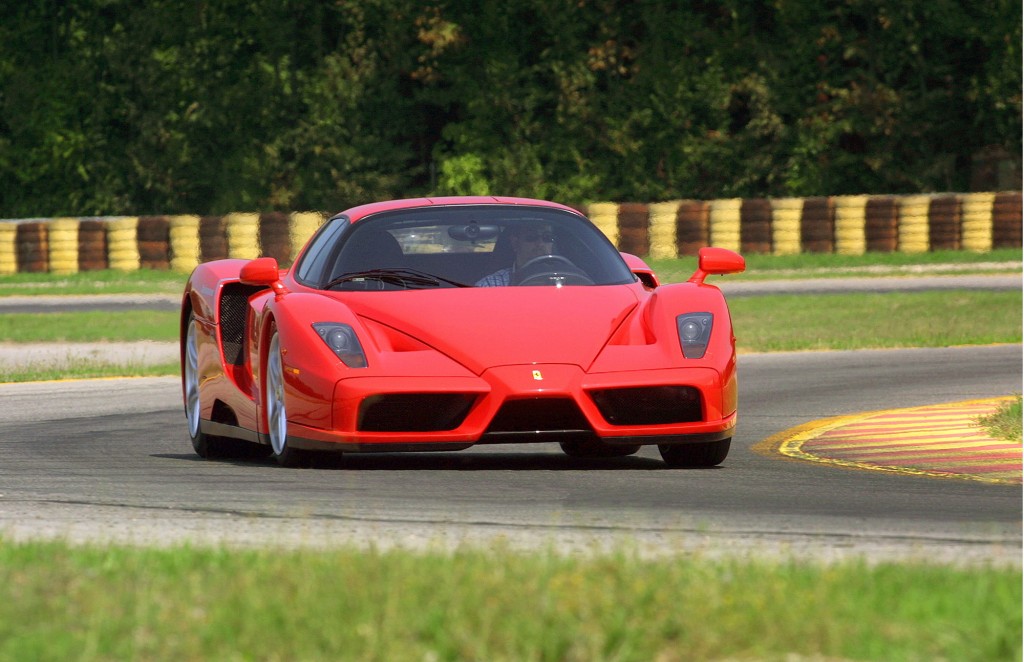 Anytime you name a car after the creator of the car company you know its going to be special. The Enzo named after the legendary Enzo Ferrari who pioneered the brand is a stunning car to look at. Sticking with the tradition of mid-engined V-12, this car is as close to an F1 car as you will ever get. This car challenged every other super car for years to come. The Enzo was the new performance staple and all other supercar companies were staggered at its performance. 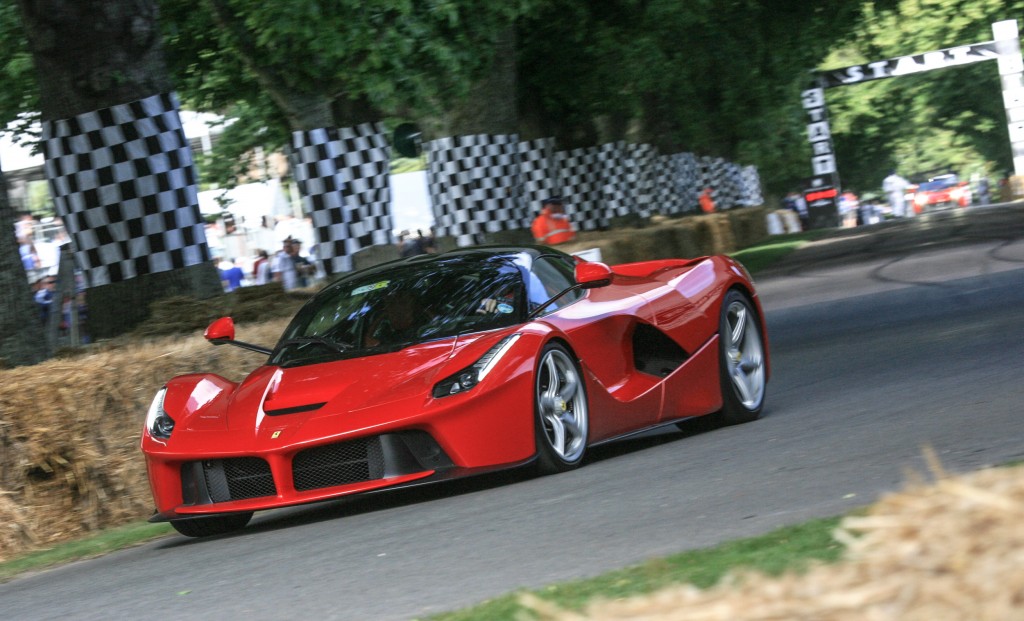 “THE FERRARI” are you kidding? Its been 10 years since the first Enzo was built and Ferrari thought it would be best to build its successor. Yet, LaFerrari is unlike any other Ferrari ever built. It’s a hybrid. With the combination of electric power and traditional combustion engine power, LaFerrari achieves over 900 hp; good enough for the most powerful production Ferrari ever. This car again sets the bar of what is possible. Other supercar manufacturers are learning from LaFerrari’s ingenious mechanics and are now offering their own version of electric power. 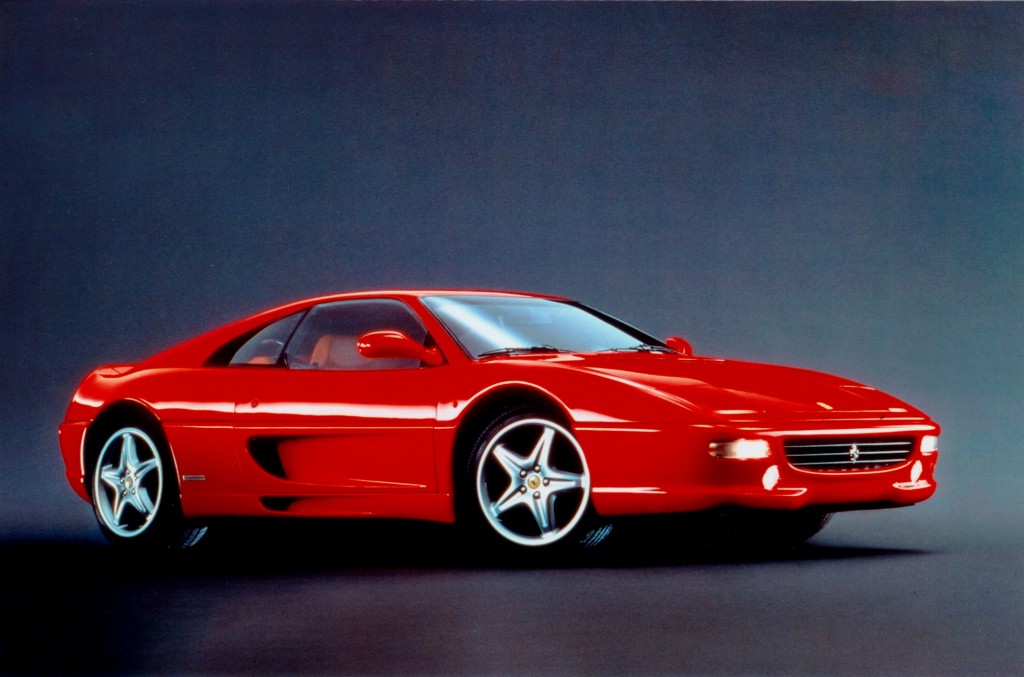 Don’t be fooled here. You are probably thinking how do you follow the first three?. How about a car that paved the way for paddle shifters?. The 355 F1 was the first road going Ferrari to have an F1 transmission. The Enzo, LaFerrari, 575, F430, 458, 599 and every Ferrari produced after the year 2000 should all pay homage to the 355 F1. So on behalf of modern day Ferrari, we thank you 355. 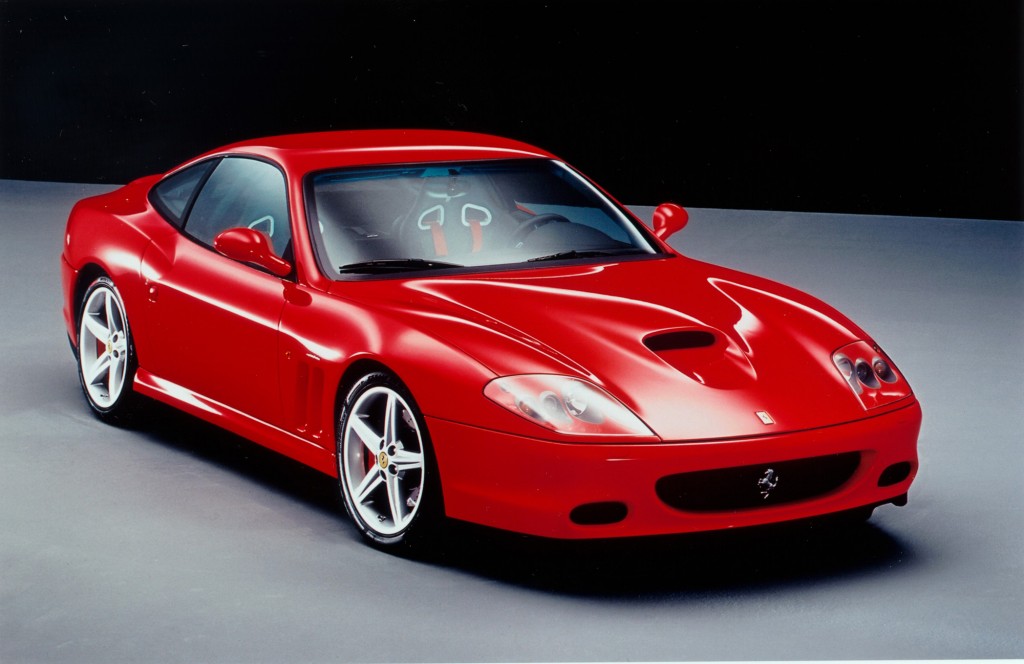 Front mounted V-12 with the gearbox in the back for near perfect 50/50 weight distribution is a perfect recipe for the perfect GT car. Many Ferrari enthusiasts claim that the 575 Maranello is the all-time greatest Ferrari Grand Tourer car ever built. Its comfortable, quiet, and poised all while having the ability to be aggressive, loud, and track ready. 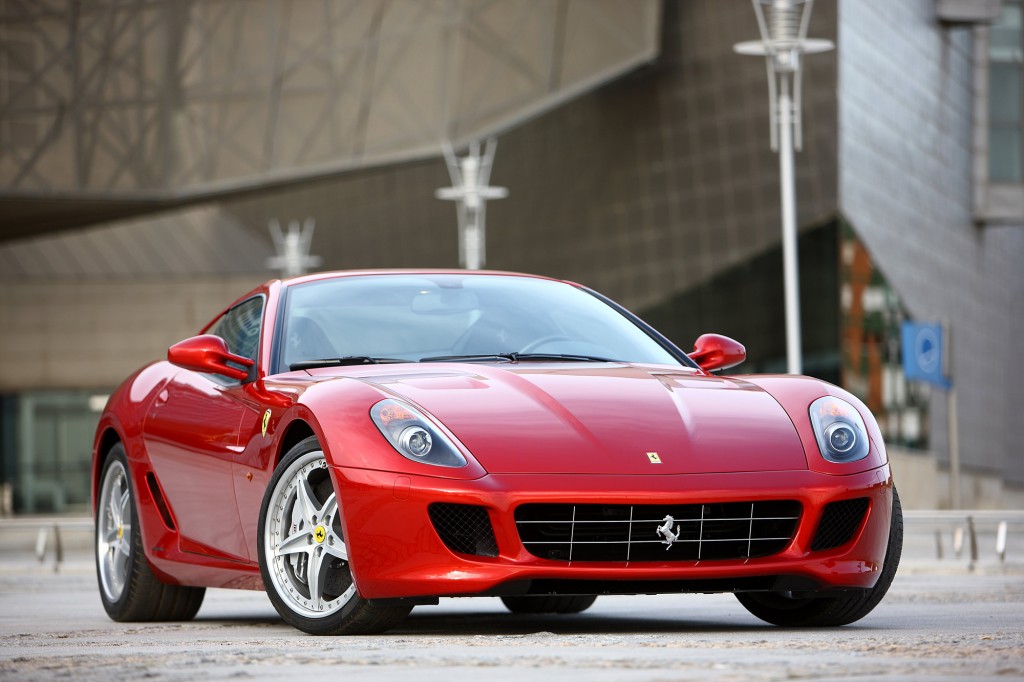 This hardcore version of the 599 is just that; hardcore. It lapped the Nürburgring in 7:47. Its name derives from its engine displacement of 5,999 cc. The GTB stands for Grand Turismo Berlinetta and the Fiorano is named after Ferrari’s own test tack. Its low stance and wrap-around style windows makes this a perfect candidate for number six on the list. If Ferrari knows one thing its how to make you feel one with the car and the 599 is no exception. You feel the passion behind the manufacturing and that somehow they knew you would own the car. Its purpose built for the track. Have fun! 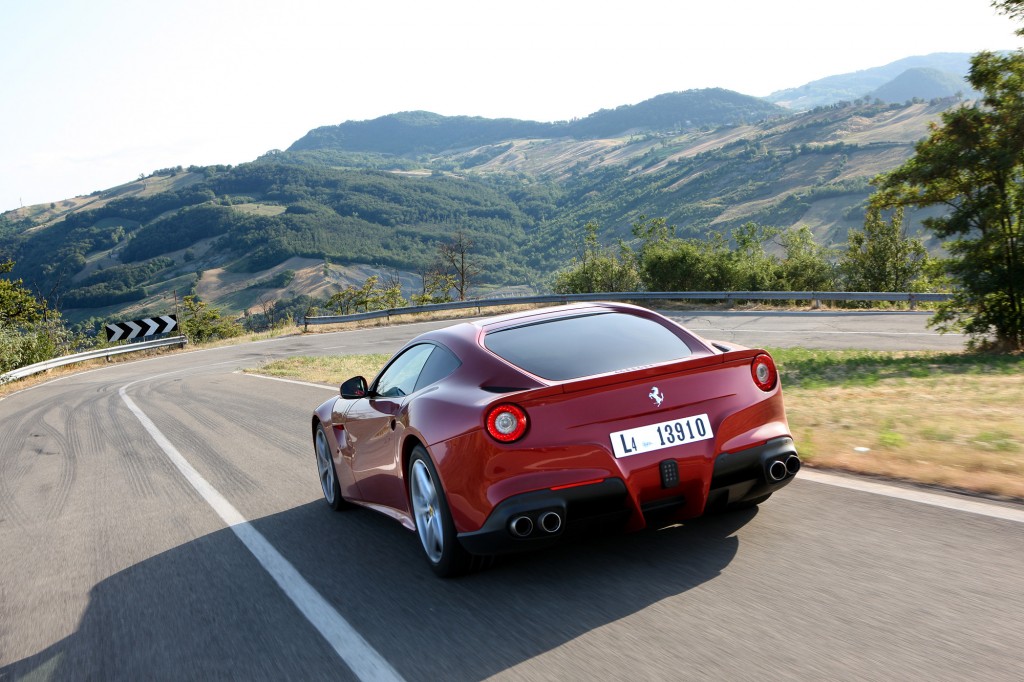 No compromise here as the F12berlinetta replaces the 599 with a front mounted 6.3-liter V-12 producing 730 hp. This F12 must be one of the most stunning Ferrari designs of the 21st century. It’s almost as if the F12 is God’s paintbrush and he is using it to paint a masterpiece. 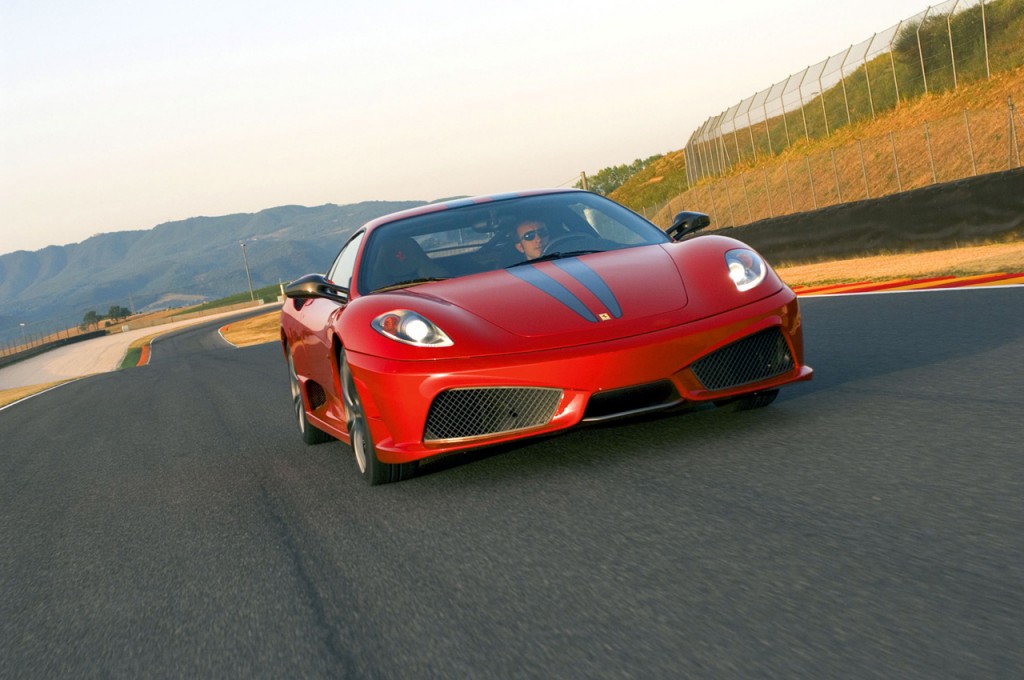 The F430 Scuderia replaced the 360 Modena and was Ferrari’s flagship car for years. After various variations the Scuderia is by far the best. This purpose-built Ferrari is not to stimulate sales but to be showcase the company’s racing technology in a road-legal car. The word Scuderia comes from Ferrari’s racing team division and the car F430 was built to honor their victories.

Built as the successor to the F430, the 458 has a lot to live up to as it becomes the flagship car in the lineup. The 458 brings something to the brand its been lacking for some time, refreshing supercar looks. One look at the 458 and you notice this car is special. From every angle the car is simply amazing. The triple rear exhaust is not only aesthetically pleasing but it sounds like an Italian supercar should. Every vent, every air duct has a purpose. Its aerodynamic properties are that of a bullet. Its performance is unmatched by the likes of Porsche, GT-R, Corvette, Audi R8, Lamborghini Gallardo etc. 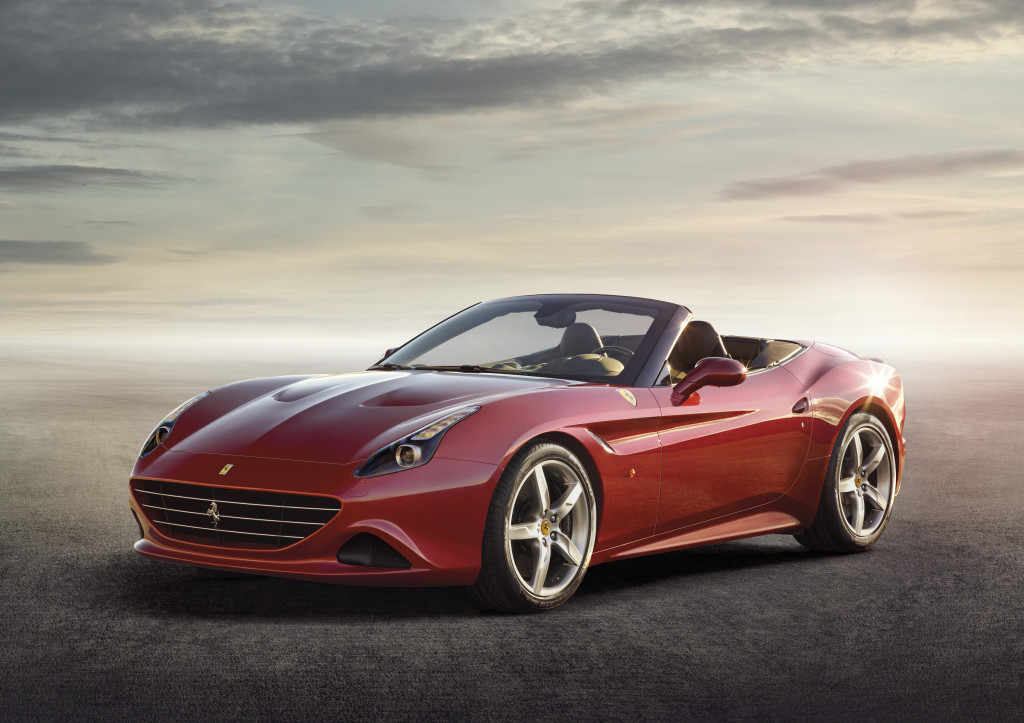 The California T is an offspring of the California launched in 2009 as a ploy to reach the American market. The naturally aspirated V-8 and exquisite hardtop folding roof made it a clear winner. More recently the California got a refresh and added the company’s first turbo since the iconic F40 launched in 1987. While keeping the V-8 but adding the turbo, the new California T could be a sleeper among this list. The California T is much more forgiving than the 458 however, it is plenty quick and agile in the corners. One thing is for sure is that the California T is designed for daily use without sacrificing performance.