I could start off this review with a play on words. Or I could find a way to tie in to one of the best “worst” movies ever made starring Kevin Bacon. Instead, I’ll just say, that I’ve driven a lot of trucks this year. I like pickup trucks, so that’s a good thing. And, I’ve driven many varieties of Ford’s pickup trucks too. And there’s a good reason why it’s the top-selling vehicle in America.

My tester this week is a variant of America’s top-selling vehicle, the Ford F-150 Tremor. So rather than talk up the cult movie classic “Tremors” or find a way to mention that the new EcoBoost engine is earth-shattering (as in tremor inducing), I’ll save all the eye rolls and groans.

Instead, let’s start right off talking about the Tremor. What differentiates the Tremor from the standard F-150 is the FX appearance package which gives this truck extra distinction with matte-black accents, 20-inch flat-black wheels and side body detailing not otherwise seen on the F-150. What’s also of special unique importance is that this is the first-ever EcoBoost-powered sport truck offered by Ford. The Tremor (and it’s even sportier cousin Raptor) plays to the truck enthusiasts who seek high-performance from a truck, and appreciate sportier looks over ruggedness.

Generally these type of trucks only come with V-8 as to maximize power and performance, so this is a bold move for Ford to put the 3.5-liter EcoBoost engine in the Tremor, and it pays off with ample power as well as improved fuel economy.

The 3.5-liter twin-turbocharged engine makes 365 horsepower and an impressive 420 lb.-ft. of torque. The torque is immediate on throttle. This truck is fast off the line and deliberate in the power it throws around. A 6-speed automatic transmission aids in shifting around the torque. The engine of the Tremor is absolutely fantastic.

No truck will ever look as slick or sporty as the aforementioned Raptor, but the Tremor has plenty of distinction.

As good as the engine is, the looks might be even more impressive. No truck will ever look as slick or sporty as the aforementioned Raptor, but the Tremor has plenty of distinction. 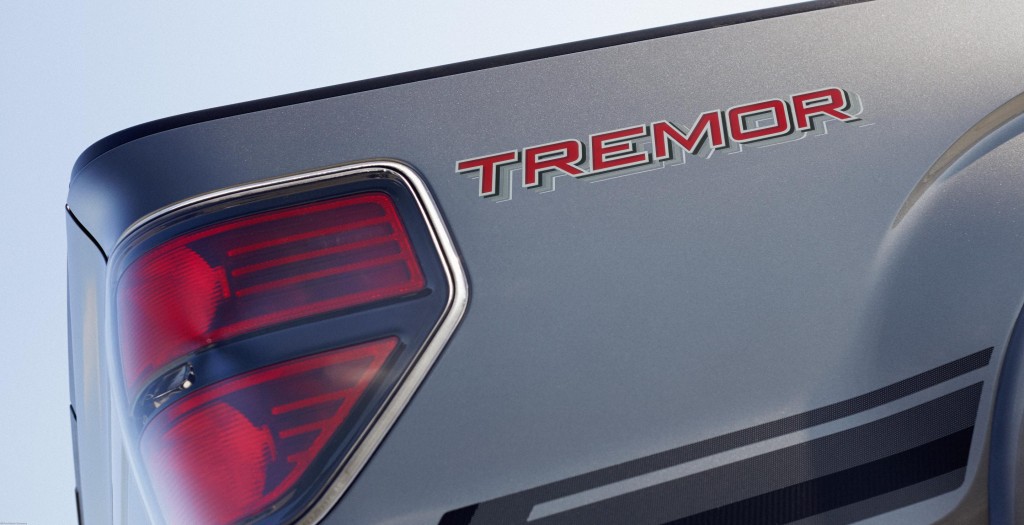 This regular cab truck has sporty details on the hood and along the side where black matte details are emblazoned from the window all the way to the tailgate. Black running boards and black tire rims further enhance this truck’s aesthetics and build on its street cred.

The Tremor is not your average F-150, nor is it the right truck for most. The niche audience it plays to will not be disappointed with this offering. For those who owned or appreciated the Tremor’s predecessor, the Lightning, you could say that Ford has recaptured lightning (or at least the spirit of it) in a bottle with the Tremor.

Inside, there is no bench seat option, meaning this truck fits two people, and two people only. But they will enjoy black leather bucket seats with color-matched piping throughout. These sporty accents show a nice attention to detail and distract you from some of the truck’s shortcomings.

A lack of soft touch points is obvious. Sparse luxury can be found, but perhaps that fits the motif of the Tremor. It is not putting on airs. It’s a brawny truck with attitude, and no frills needed. You want a nicer interior with more cabin and seating space, buy a F-150 Lariat.

It’s a brawny truck with attitude, and no frills needed.

With the smaller engine and less weight than the previous model year, the 2014 Ford F-150 Tremor has a 10% improvement in fuel economy. With an EPA rating of 15 city and 21 highway, the Tremor is less of a guzzler than it has been, and certainly less than its previous incarnation (the Lightning). In a week’s worth of turbocharged driving, I averaged 16 mpg of mostly urban driving.

My tester had a base price of $38,385. With options like navigation, remote start and the black FX appearance package (adding the black tubular running boards and the painted black aluminum wheels), my Tremor had a final MSRP of $45,130. 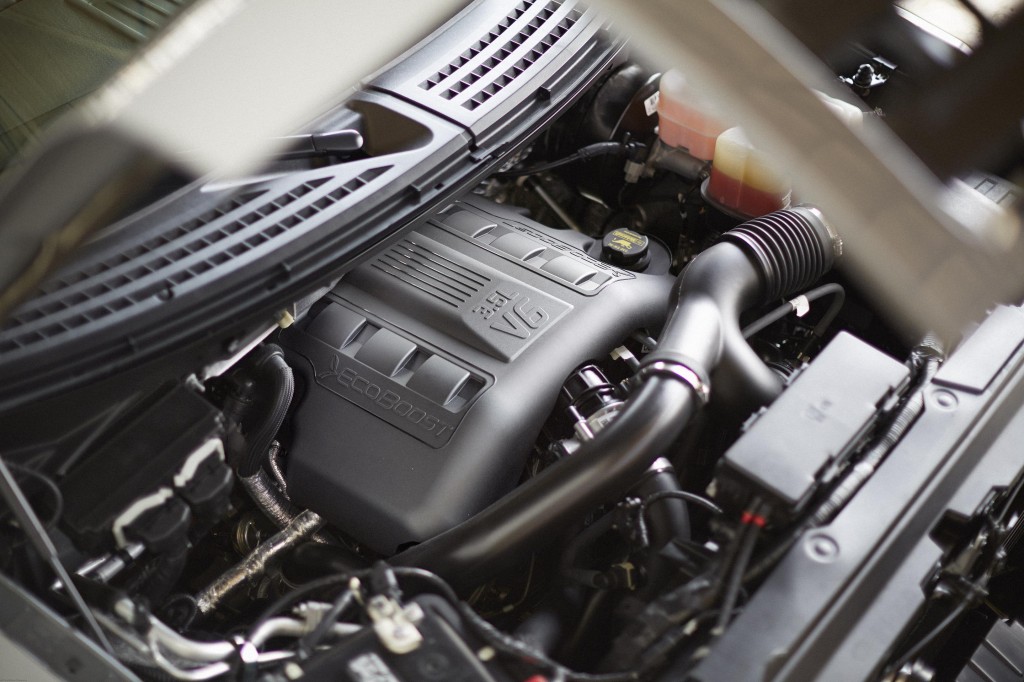 The price tag is kind of hefty for a two-person truck with limited abilities. But, the Tremor will have appeal to specific buyer that is more focused on looks and performance and less on towing and comfort. Think of the Ford F-150 Tremor as a hot rod with a truck bed, and you’ll find its comfort zone.

Think of the Ford F-150 Tremor as a hot rod with a truck bed, and you’ll find its comfort zone.

Everyone should take note of how well-received the Tremor will be as the drop in weight, and the EcoBoost engine is a sign of things to come for more of Ford’s truck line.

Written By
Jimmy Dinsmore
More from Jimmy Dinsmore
The term station wagon has no cache. Instead, in today’s world we...
Read More
0 replies on “2014 Ford F-150 Tremor”