When a Chevrolet announcement quantifies how much the 2015 Corvette Z06 is more powerful than a Porsche 911 Turbo S and a Ferrari F12 Berlinetta, you know it has to be something special. And, it is: With a LT4 supercharged 6.2L V-8 that produces 650 horsepower, the Z06 easily grabs the title of “most powerful production car ever from General Motors.”

The LT4 engine builds on the Gen 5 small block foundation in the Corvette Stingray’s LT1 6.2L naturally aspirated engine with a few modifications, including lightweight titanium intake valves and stainless steel exhaust manifolds and an aluminum balancer, both of which are lighter than those in LT1.

With all this power and performance, the Z06 comes in either a manual or an 8-speed automatic transmission, a first for GM and surely one of very few cars in its segment to have this option.

The LT4 is assembled at the new Performance Build Center at GM’s Bowling Green Assembly Plant and at GM’s Tonawanda engine plant in New York. The automatic transmission is built in Toledo, Ohio.

According to GM, the 2015 Corvette Z06 will arrive at dealerships in the fourth quarter of 2014. 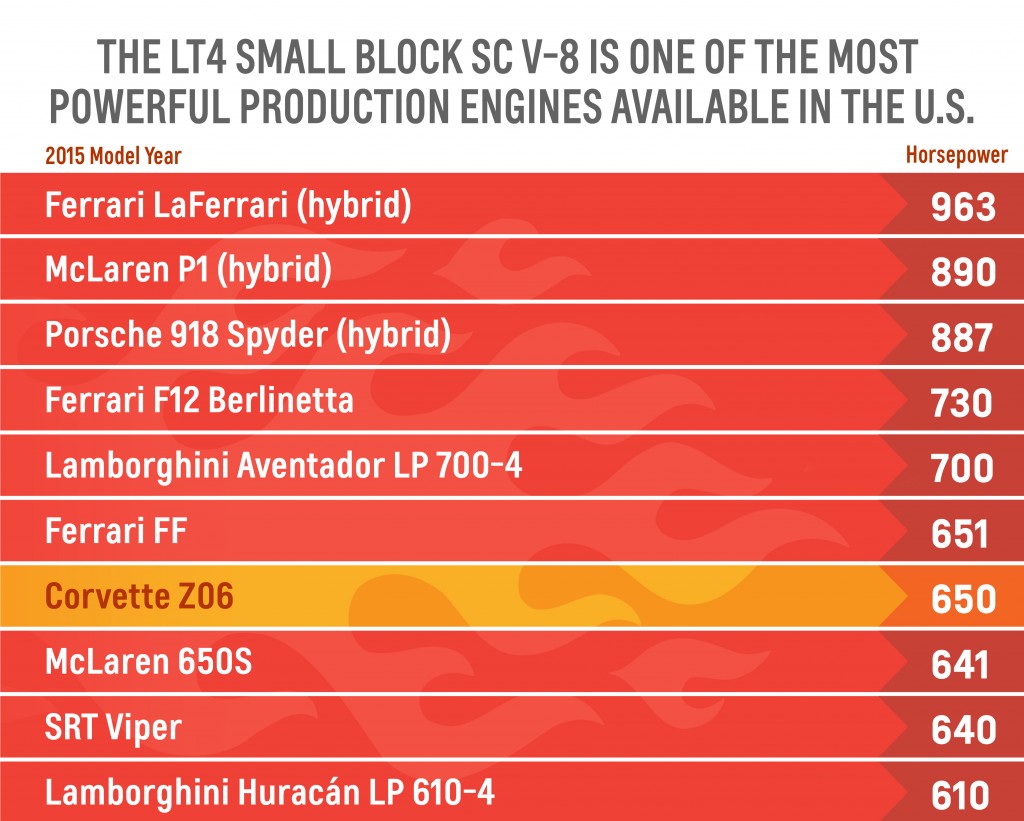 Written By
Slav Kandyba
More from Slav Kandyba
We already know the Range Rover Sport is one of the more...
Read More
0 replies on “New Corvette Z06: More powerful than a Ferrari and Porsche?”