Sometimes you have to pretend to be something you’re not. Take my tester for the week – the 2014 Lexus IS 250.

This compact luxury sedan has stiff competition, most of which have German engineering behind them and sporty European performance. Sure Lexus has its loyalists who appreciate the Japanese brand’s more conservative approach, but one big knock on this sedan has been its lack of excitement, both in looks and in engine performance.

This model year features a complete makeover for the IS 250 with a new exterior, increased interior space and refined steering and suspension. The goal for all of these tweaks, undoubtedly, was to add some flare and excitement to this sedan. 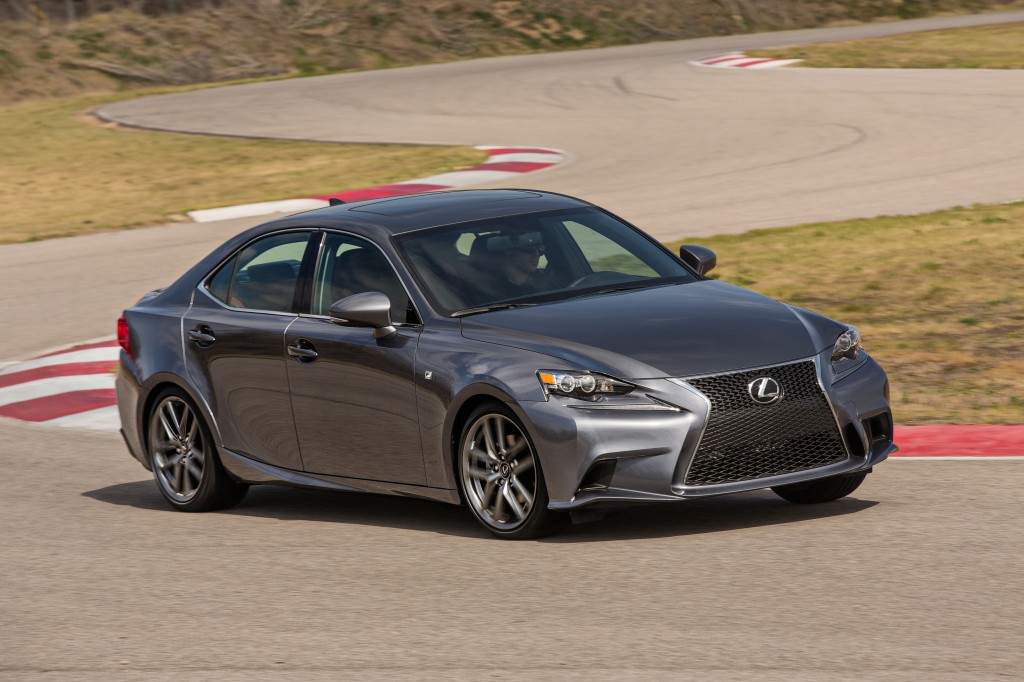 The looks are sexy. The squatty front end looks sporty and aggressive. The grille is bold as is the styling on the hood. The side profile is a little more ho hum, and a little what you expect from Lexus, as is the rear, where only wraparound taillights add some excitement. No spoiler for a sports sedan? Come on Lexus!

Unfortunately, the Lexus IS 250 did not get a new powertrain. The tweaks to the steering and suspension improve the drive performance, but can’t mask what is an underpowered engine. The 2.5-liter, V-6 engine seems like it’d get the job done, but it only produces 204 horsepower and 185 lb.-ft. of torque. I generally look past the numbers as vehicles can outperform them, but in this case, those numbers seem sluggish and unimpressive because the engine is lacking any sportiness and exciting.

The tweaks to the steering and suspension improve the drive performance, but can’t mask what is an underpowered engine.

If only the engine could match the new, exciting exterior, but it does not.

A 6-speed automatic transmission is the only tranny available for the sedan. While rear-wheel drive is standard, my tester came with all-wheel drive, which helped make cornering a little more controlled.

Inside you see a typical Lexus interior. No plastic touch points, rather soft materials abound and the seats are wrapped in leather and are heated for added comfort. The overall ride experience is quiet and comfortable. Lexus never disappoints in this department. 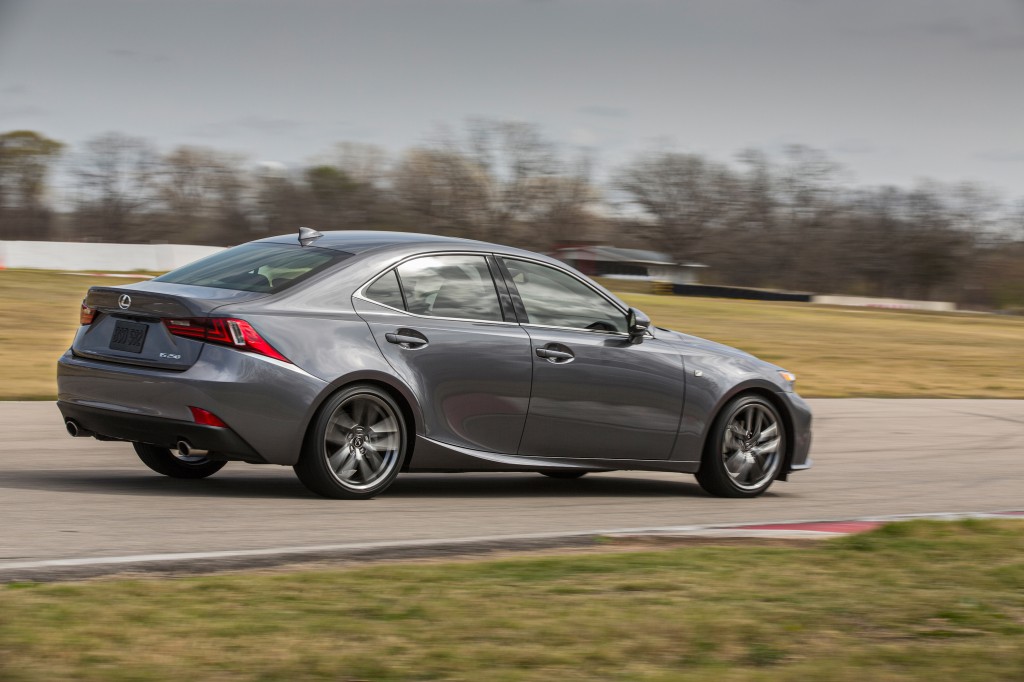 Rear passengers will enjoy more legroom than ever before in the IS 250. With a longer, redesigned cabin and wheelbase, the interior feels bigger than most others in the segment.

My tester came with the special F SPORT package, which adds special touches both inside and out. The F SPORT grille and bumper is especially sexy as are the 18-inch five-spoke wheels. The added navigation package provides extra apps and a touchscreen interface to maneuver between entertainment features and a modern navigation system.

Both of these features are nice and improve the sedan, but at more than $4,000 for all the F SPORT features and the navigation package combined, it is a big price to justify.

My tester came with the special F SPORT package, which adds special touches both inside and out. 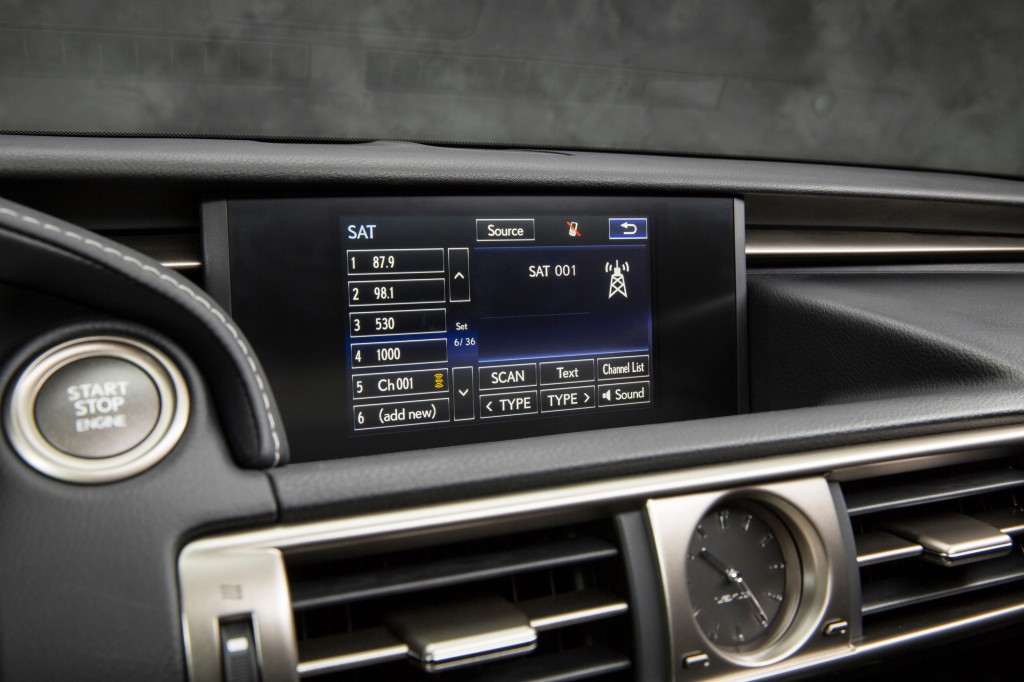 Fuel economy is where the Lexus IS 250 begins to impress. The AWD version has an EPA rating of 20 city and 27 highway. In a week’s worth of mostly highway driving I averaged 24 mpgs. Perhaps a 4-cylinder engine would yield even better fuel economy, since clearly Lexus engineers aren’t trying to make this sports sedan too powerful as is, with the underpowered V-6.

It’s definitely a sheep in wolf’s clothes with its sexy, new looks, but its tame, conservative engine.

Is the 2014 Lexus IS 250 putting on airs? Is trying to be something it’s not? Perhaps. It’s definitely a sheep in wolf’s clothes with its sexy, new looks, but its tame, conservative engine.

Written By
Jimmy Dinsmore
More from Jimmy Dinsmore
I could start off this review with a play on words. Or...
Read More
0 replies on “2014 Lexus IS 250 F SPORT”