Vsport! That’s the new mid-level performance sub brand Cadillac is offering starting in 2014. Like gold, it’s a malleable product that has different qualities based on the model it adorns. The new CTS Vsport has already been announced, complete with testing at the ‘Ring to prove its sporting intentions, but the XTS is the first of the Vsports to come to market. There was no mention of lap times during the introduction, so you can surmise that in the XTS, Vsport makes a slightly different statement. 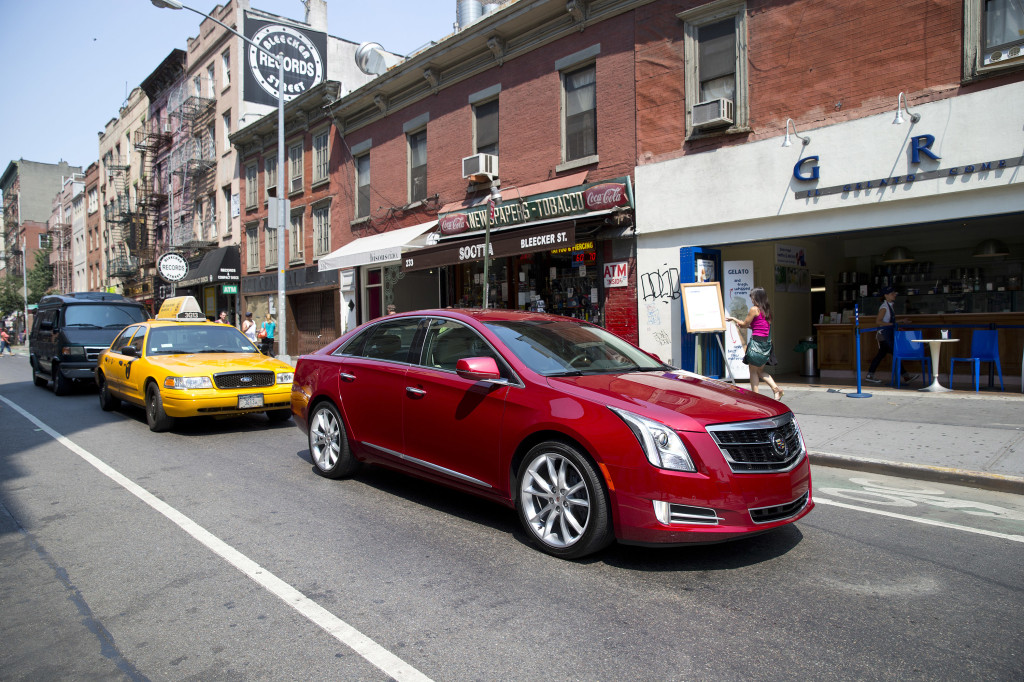 While vastly improving the XTS’ acceleration, you wouldn’t know from the sounds it makes that power output has jumped by about a third. In fact, the XTS Vsport is quieter all-around than the non-turbo car I tested last winter. The NA 3.6 has a definitive growl when used as directed, while the TT 3.6 is dead silent. No intake noise, no turbo whine, no exhaust burble. The quiet confidence of the powertrain is also evident in the suspension. The Dual Mode Magnetic Ride Control system in my previous XTS test car included a rear suspension thump that was amplified by the cavernous trunk space. This time around, the only sound entering the cabin was the hum of tire noise on coarse pavement.

My opportunity to drive the XTS Vsport was literally dampened by torrential rain as we headed North from NYC to Connecticut, but even under those conditions, the change in personality from the naturally aspirated V-6 to the “A-Rod Signature Edition” twin turbo was plain as day. In February, I felt that the XTS was a nice handling, classically American luxury car in need of better steering and more power, both of those concerns have been remedied with the Vsport package. The increase in torque makes this car the modern equivalent of the 501 cube Fleetwood of yore. This is the type of throttle response I expect from a non-sporting luxury car. Most of the torque is on tap from about 1900 rpm. 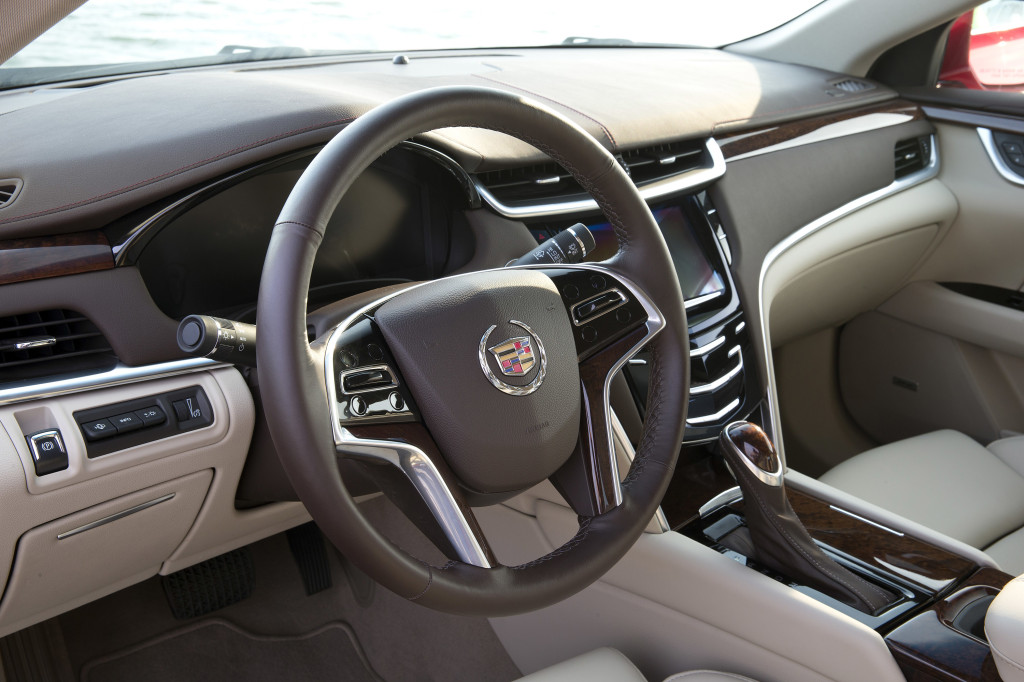 It finally has the locomotive-type acceleration I was hoping for. The steering has also been improved with a seemingly quicker ratio and a heftier feel. It doesn’t feel like my hands are a step behind the suspension anymore and the effort feels appropriate for making a 4500 lb. car change direction. Cadillac chose a series of interstates to get us to our destination and back while we sampled the XTS Vsport, so assessing the suspension upgrades were limited, but the Merritt Parkway throws enough twists and long sweeping curves at you to get an initial sense that there’s more here than a highway cruiser. The ride is firmer than the garden variety XTS, while the comfort level has not been reduced at all.

Equipped the same as the XTS I tested last winter, the Vsport would sticker at just over $66,000. At first blush, I think the improvements are easily worth the seven thousand dollar premium.
After a day in the rain with the upgraded XTS Vsport, I came away asking myself why couldn’t we have this car in the first place?